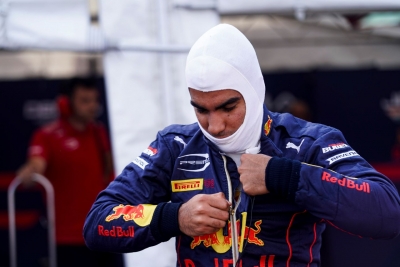 Mumbai– Indian racer Jehan Daruvala left this weekend’s Hungarian Formula 2 round empty-handed after yet another difficult weekend for Prema Racing that capped a month of struggles for the Italian outfit.

After a strong start to the season that saw Jehan mark himself out as a title contender with five podiums from the first six rounds, the team has suffered from a puzzling lack of pace over the season’s European swing.

That has put Jehan, who has dazzled with his race pace this season and had led more laps than points leader Felipe Drugovich heading into the championship’s second half, on the back foot and blunted his championship charge.

The Red Bull-backed racer, who surged from 14th to third in the Feature race in Saudi Arabia and lit up the timing screens with successive fastest laps while leading in Imola, nevertheless salvaged a second place in France and almost snatched victory in the wet in Austria.

But Jehan and team mate Dennis Hauger found themselves going backwards in Hungary, with the pair dropping multiple seconds off the pace, as they battled both high degradation and their car’s inability to work heat into fresh tyres.

Hauger, who had to stop twice in the Feature race in Hungary, also failed to score.

“Hungary was a weekend to forget. We lacked pace all throughout and were simply never in the fight. It’s been a really tough month overall and it’s clear we have a lot of work to do over the summer break. We’ve lost a lot of ground in the championship but we’ll pull together as a team and work hard over the coming weeks to put ourselves back where we belong,” Jehan said. (IANS)