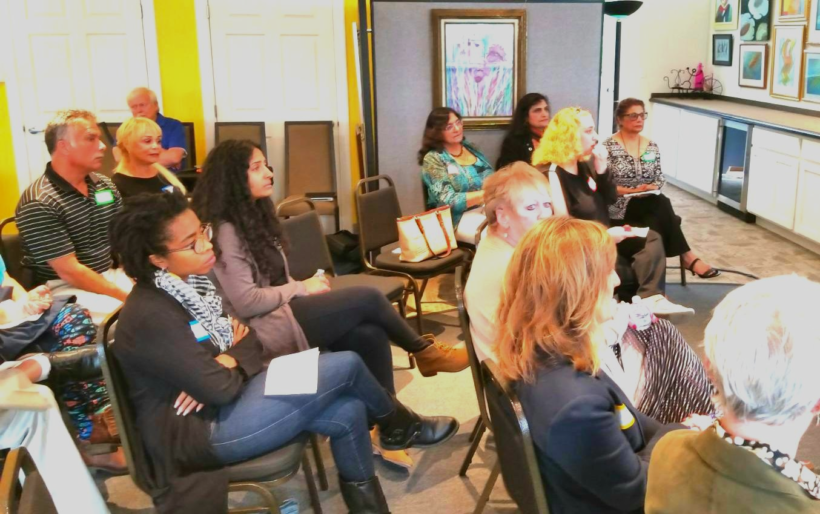 The principal organizer of the event was Monie Malhotra, assisted by Becky Reynolds and supported by Kumkum Dilwali of IAFPE. The event was presided by Massachusetts State Representative Betty Poirier (R-14th Bristol)  and North Attleborough Police Chief John Reilly. Other participants and supporters included local dignitaries and the Rotary Club of North Attleboro and Plainville.

The purpose of the event was to interact to formulate ideas and provide recommendations to be implemented into actions to achieve cultural equalization, respect and harmony. In addition, the event sought to brainstorm ways to bring people from different backgrounds together on a regular basis and provide ways to help all groups understand laws protecting minorities.

A regional community committee is being formed to carry-out periodic public functions and gatherings to discuss continued ways for diverse groups working together and plans to progressively widen the circle to include more communities. Malco Art Center will offer its space as a venue for these activities. To host a similar event in your area, contact Malco Art Center at Roti234@aol.com or  IAFPE President Sonali Lappin at lappi20s@gmail.com.

“The number of hate crimes and heightened level of discrimination against many minority communities has alarmed members of all Massachusetts communities. It was very promising and encouraging to see dedicated leaders come together at the Malco Art Center and engage in a serious dialogue around diversity and inclusion.” said IAFPE Executive Committee Member and Event Organizer Monie Malhotra.

The event is the first of a series of regional forums hosted by the  IAFPE to address the rising trend in hate crimes committed over the past year, including the murder of Srinivas Kuchibhotla, an Indian engineer killed in a hate crime in Kansas.

IAFPE sponsored this event as a follow-up to its co-sponsored MIT-Misti forum designed to discuss effective strategies and tactics to help all communities learn about their rights, how to reach out to law enforcement officials when needed and live their lives without fear. These forums serve as an opportunity for concerned citizens, including all segments of the South Asian community to come together to share their experiences, learn from the panel and develop a community oriented, united and coordinated response plan.

“IAFPE is seeking ways to participate in building a united approach among communities to support to anyone who has or could be the target of a hate crime. By learning how different communities handle diversity and inclusion, we can prevent tragedies in a more effective manner. Malco Center is a successful example of how diverse organizational entities can engage with each other to better serve our communities. Please get involved by contacting Malco Art Center or IAFPE,” said IAFPE President Sonali Lappin.