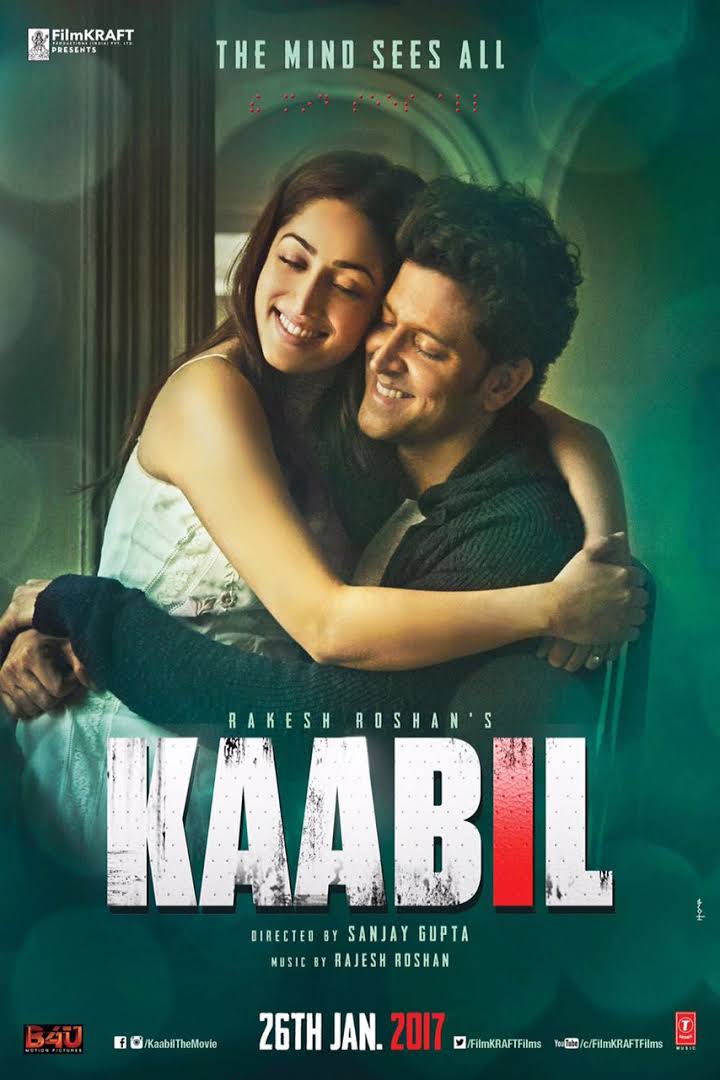 New Delhi–“Kaabil” has become the first big Bollywood entertainer to release in Pakistan after cinema owners gave up a months-long self-imposed ban to resume screening of Indian films.

This has made movie industry experts in Pakistan hopeful that the audience would be wooed back to theatres, which were bleeding financially. It’s a healthy beginning, they say. 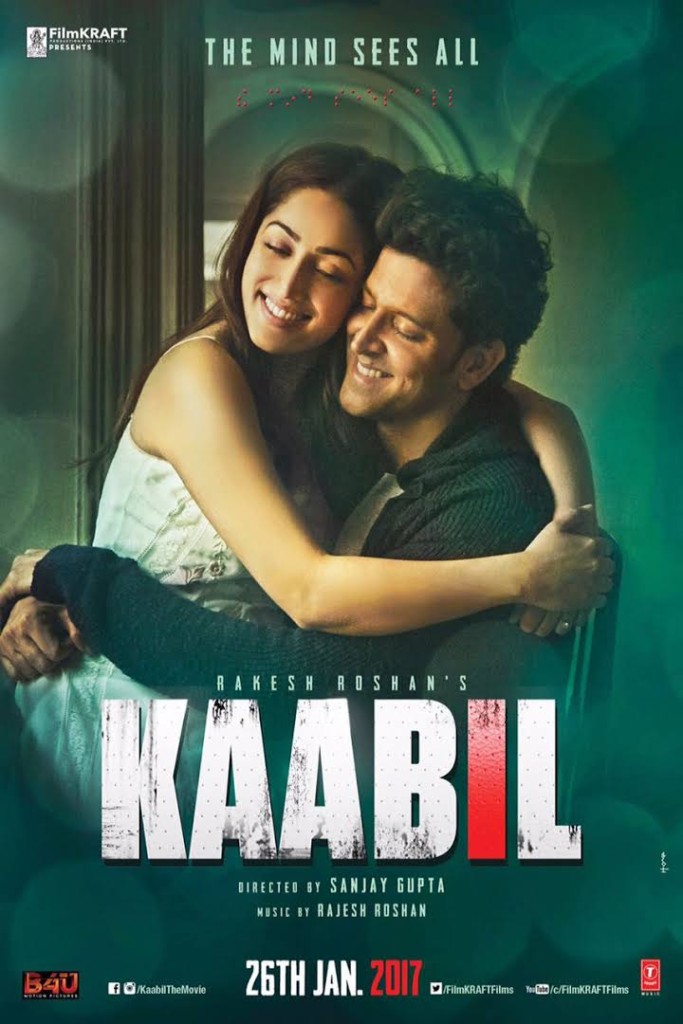 Satish Anand, head honcho of Eveready Group of Companies, the distributor of Hrithik Roshan starrer “Kaabil” in Pakistan, told IANS via social media: “Cine-goers are excited as after a long gap, two good films, that include ‘Raees’ (release date yet to be announced), are going to be seen on local Pakistani circuit. I’m sure this is a healthy beginning.”

He said “let the cinema-loving audience be a winner and translate it through box office, their appreciation for a good creative endeavour.”

Produced by Rakesh Roshan and directed by Sanjay Gupta, “Kaabil” is an intense drama about a visually challenged couple.

With a star like Hrithik and a story that tugs at the heart strings, “Kaabil” is likely to bring back audiences that had been missing from Pakistani theatres due to a freeze on screening of Indian films in Pakistani theatres.

“In Pakistan, over 50 per cent decline in revenue collection was witnessed,” Anand said after Indian films were withdrawn from the theatres.

Pakistan had also banned Indian movies in 1968 but lifted it later. Eventually, the popularity of Bollywood almost eclipsed the local movie culture in the country, but in the past few years, filmmakers from Pakistan came into their own.

Last year, Pakistani film exhibitors and cinema owners imposed a ban on the screening of Indian films in the country in the wake of heightened tensions with India over the September 18, 2016 Uri attack that left 19 Indian soldiers dead.

The attack led India’s Maharashtra Navnirman Sena to give an ultimatum to Pakistani artistes to leave India. Zindagi channel withdrew telecast of Pakistani shows. And even the Indian Motion Pictures Producers’ Association (IMPPA) passed a resolution to ban Pakistani artistes from working in India.

This, at a time when frequent efforts were being made from different quarters to renew and nurture cultural exchanges in terms of events, exhibits, fashion shows, concerts, filmmaking, TV shows and theatre, between both the countries.

The IMPPA ban drove Pakistani exhibitors to shut their screens to Indian films.

“It was to be a two-week ban, but it got extended,” Ali Zain, who runs web portal Box Office Detail, told IANS over phone from Lahore.

He explained: “‘Freaky Ali’ had released in December 2016, but this was an old film (September release in India) that had already got a NOC (no-objection certificate) from the government. No new films were released due to prolonged resistance from exhibitors towards Indian movies, and government had stopped giving NOCs.”

After cinema owners lobbied Prime Minister Nawaz Sharif to lift the ‘ban’, he formed a clearance committee for Indian films last month. They decided to maintain the present policy regarding import of Indian films, after reviewing the benefits that Pakistani cinema trade derives from exhibition of Indian movies.

“Now, after the committee meeting, the NOCs are being allowed, and new releases are finding their way into Pakistan’s theatres,” Zain said.

Mobashir Hasan, the Central Board of Film Censors (CBFC) head, who was also a part of Sharif’s committee, told IANS: “There was no ban by the government at all on the exhibition of Indian films in Pakistan. The self-imposed suspension by the exhibitors was a volunteered act in response to IMPPA’s statement.”

He said “exhibition of Indian movies resumed in December 2016 by the Pakistani exhibitors in the cinemas.”

Now that “Kaabil” is out, at least three other films are expected to release soon. These include “Raees” and “Ae Dil Hai Mushkil” — both of which even feature Pakistani stars Mahira Khan and Fawad Khan respectively. Even Akshay Kumar’s much-awaited “Jolly LLB 2” is likely to see the light of day in Pakistan — and that too as a simultaneous release with India.

According to Fakhr-e-Alam, former chairperson of the Sindh censor board, the sentiment in Pakistan is “generally positive” towards Indian films.

“However, the negative rhetoric and treatment of Pakistani talent in India is not appreciated. Pakistanis would like to see a more responsible, reasonable and progressive approach from various elements and power corridors of India. Sense must prevail on both sides,” Fakhr-e-Alam told IANS.

The ban on Pakistani artistes in India is not by government order, but by certain outfits — and it continues.

Rakesh Roshan says, “All I want to say is that if Pakistan has opened their arms, we should also move forward.”

As Aamna Haider Isani, a Pakistani scribe, put it: “It’s unreasonable to equate movies with nationalism, especially since other trade between the countries continues and the Prime Ministers are evidently on good enough terms for them to fraternise at family weddings — case in point being Narendra Modi’s private visit to Nawaz Sharif’s grand-daughter’s wedding.

“Films are the best way to build bridges, not walls, and I hope cross-border culture activities will be allowed to normalise.” (IANS)