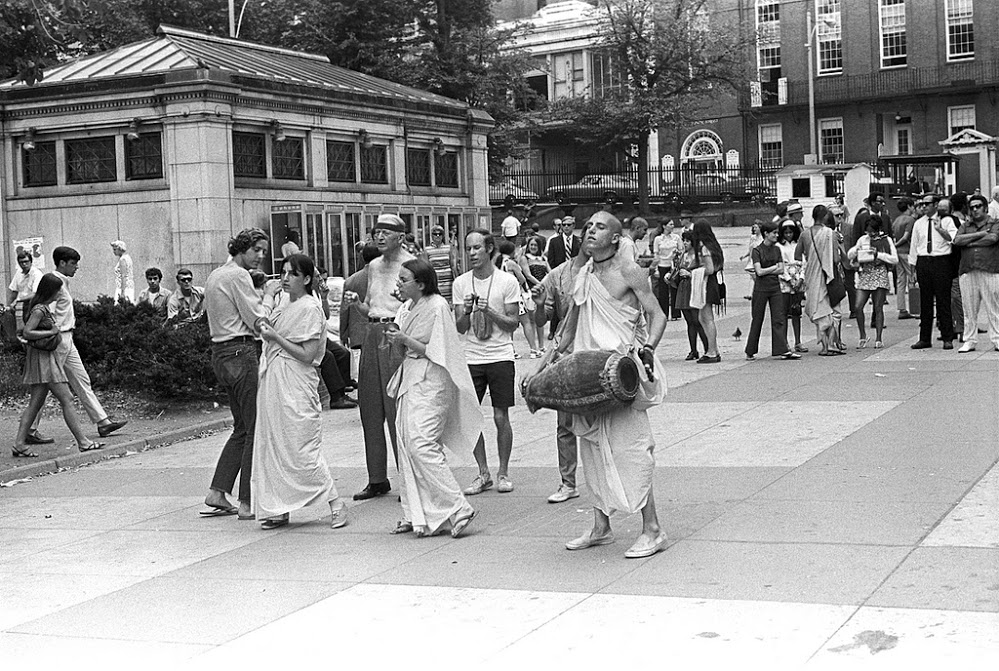 2016 is a year of festivities commemorating the 50th Anniversary of the International Society for Krishna Consciousness (ISKCON) founded by Srila A.C. Bhaktivedanta Swami Srila Prabhupada in 1966. Significantly ISKCON has grown into a worldwide movement of more than 600 temples, 65 farms and eco-communities, 110 vegetarian restaurants, and millions of participants globally in just 50 years, 516 million books distributed, 3 billion meals served, 95,000 people initiated in the movement, and 3,600 study groups. (Photos provided by ISKCON)

ISKCON is not a new trend. The Hare Krishna movement is based on ancient Sanskrit texts such as the Bhagavad-gita and Bhagavad Purana. It is an authentic expression of the millennium old Vaishnava, or devotional, Vedic teachings.

Srila Prabhupada left India alone at the age of 69 on a cargo ship bound for New York to spread devotion to Lord Krishna throughout the world.  In just eleven years he circled the globe fourteen times, translated and wrote commentaries on dozens of books, trained thousands of disciples, and opened more than one hundred temples and farm communities.

In 2010, CNN listed him along with US President Ronald Reagan as one of ten “Famous Folks” who launched careers after the age of 50.

Dr. Harvey Cox, Emeritus Professor at Harvard Divinity School, wrote “I am impressed with how much the teachings of one man and the spiritual tradition he brought impacted themselves into the lives of so many people. In my view Srila Prabhupada’s contribution is a very important one and will be a lasting one.”

The Joy of Devotio

ISKCON’s mission is to help people experience the joy of devotion, or bhakti. People are looking for happiness. By awakening our identity as a spiritual being, beyond the designations of race, gender and creed, we can experience satisfaction far beyond the pleasures of material pursuits and awaken our love of God, Lord Krishna

ISKCON is a Broad Based Community. All are welcome.

Hare Krishna communities are congregations of people from all walks of life and backgrounds. We are families, monks, professionals and other working men and women, all joined in the desire to serve God, the world, and one another in a spirit of devotion.

Yoga has attracted millions of people around the world. ISKCON teaches bhakti-yoga, the yoga of devotion, which is the essence of yoga and helps us experience of our inner self, God, and our relationship with God, or Lord Krishna.

Values of a Simple Life

ISKCON teaches the values, or religious principles of truthfulness, cleanliness, austerity (self-discipline) and mercy. We advocate that simple living and high thinking, avoiding abuse of other living beings and the planet—thus our commitment to vegetarianism—promotes human well-being and happiness.

Many aspects of the ancient wisdom of bhakti-yoga, or Krishna Consciousness, have become part of the fabric of modern society – such as meditation, vegetarianism, yoga, karma, and simple living. All are all rooted in the ancient Vedic texts and presented in the teachings of the Hare Krishna movement.