New Delhi– He is one of Indias most loved writers and has authored dozens of books for children, hundreds of short stories and poems and several anthologies. But in this upcoming work, Ruskin Bond elaborates freely on the many books that he read in his childhood and takes note of those that have helped shape his personality.

“Confessions of a Book Lover” offers a window to what one would generally find on Bond’s bookshelf. Furthermore, the much revered author provides careful insights and notes on how these books shaped him and what interested him in the books that he read. 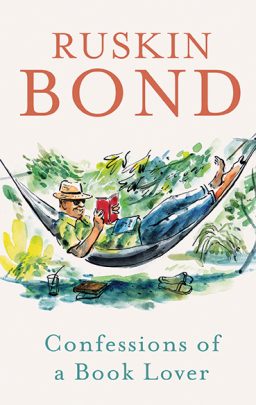 This book is primarily a sequel to “Love Among the Bookshelves,” which neither Bond nor the publisher, Penguin, had expected to soar to the bestseller list. But it did and prompted the author to come out with this sequel.

“We did not expect the anthology to soar into the bestseller lists, and were pleasantly surprised when the book went into several impressions. Obviously there were readers out there who were interested in discovering or renewing their acquaintance with some of the past masters–writers whose individual style and literary qualities had set them apart: Charles Dickens, P.G. Wodehouse, Somerset Maugham, H.E. Bates, Richard Jeffries,” Bond writes in the book.

Exploring bookshelves in some of the most amazing places — Shimla’s Ripon Hospital, Hampstead General Hospital in London, and The Select Bookshop of Mr Rao and Ms Murthy in Bangalore among others — Ruskin Bond opens a window to his earliest encounters with incredible writers and their wonderful writings to introduce the readers to the stories that played a significant role in moulding his imagination as a full-time writer.

So what are you going to find in the book?

“Here then are gems from Joseph Conrad, H.G. Wells, George and Weedon Grossmith, William Saroyan, Jack London and others. So who’s afraid of Virginia Woolf? You won’t be, once you have read this memorable piece of historical writing. And you will want to read more by that wicked person, Laurence Sterne, whose ‘Sentimental Journey’ frequently takes him into the wrong bedroom,” he adds.

Like in “Love Among the Bookshelves,” in this book too Bond has fronted each story or extract with a little essay of his own. He mentions that these writers were important to him at various stages of his personal and writing life.

His only regret is that he has had to leave out some of his other favourites — R.L. Stevenson, Walter de la Mare, Rabindranath Tagore, Andre Gide, George Orwell and so on.

“So beware, dear reader. A third compilation might well be around the corner,” he wittily writes.(IANS)