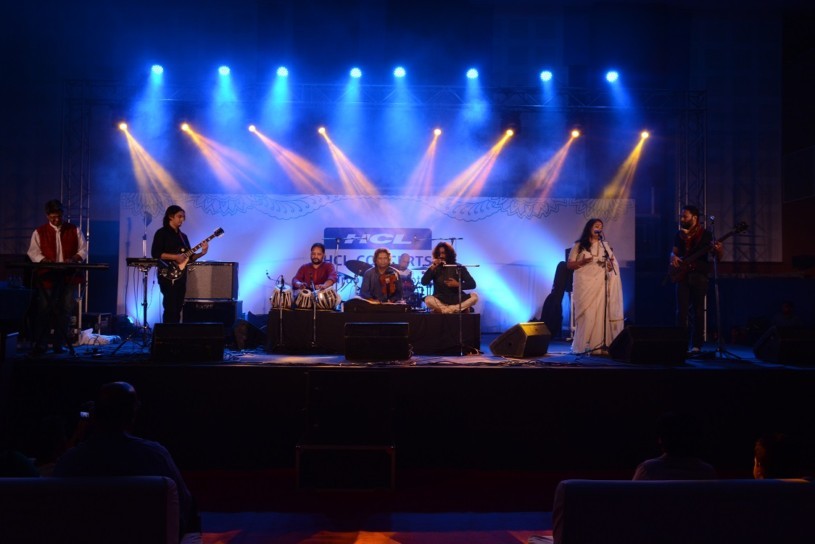 Noida– Nothing restores the cultural heritage of a country like it’s art forms do and music is certainly one of the most revered of all art forms. But globalisation has led to a rhythmic revolution and fusion music has become the symbolic sound of cross-cultural harmony.

Echoing this was a recent perofrmance by fusion band “Mrigya” under the HCL Concerts banner at the Shiv Nadar School here. 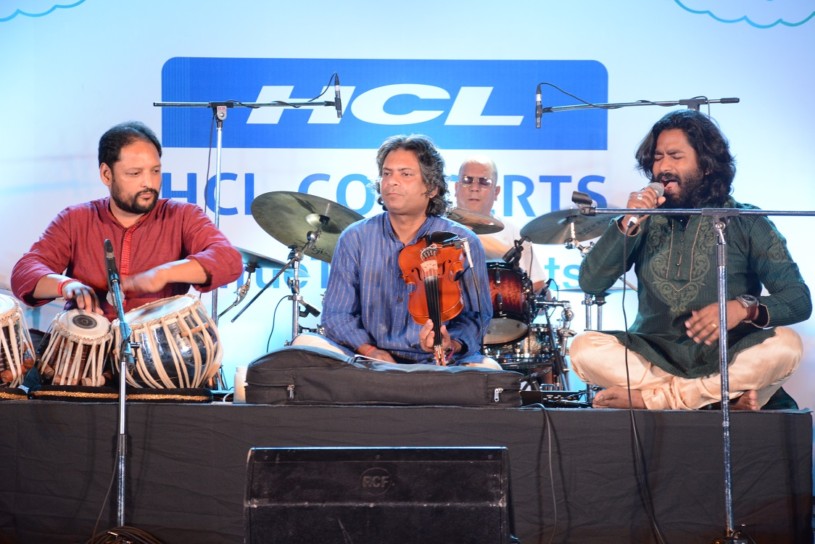 “Mrigya started as a one-off jam-band in May 1999. The songs for the first gig were composed just a day before the jam. The jam gig was a success and we didn’t seriously consider the group to take things beyond just this one gig…till we got offers for the next one after the jam,” Indraneel Hariharan, the bass guitarist and lead vocalist of the band, told IANS.

The band, initially named “Mrigaya” was amended to ‘Mrigya’ after the publicity material for their first gig was published without an “a” in the name. Thus was Mrigya born.

The performance started with the band playing a composition from their first album “Ganga”. A beautiful piece with different genres flowing together, the album has rightly been named after the holy river.

Indraneel, on being asked about the inspiration of the amalgamated tunes that the band churns out, said: “All compositions which are created in Mrigya are born out of interactions between all of us (artists in the band). We all come from different backgrounds musically and we like to try all permutations and combinations. That is how our songs are put together.”

“An amalgam of folk, funk, Latin, jazz and rock, the driving force of Mrigya has always been Indian Classical music,” he added.

They played a special composition called “Procession” which was together inspired from the azaan and alaap. Sending out a beautiful and strong message, it emphasised on the fact that co-existance is not tough, but makes everything more beautiful.

It was a gala night full of fun and frolic. The audience couldn’t stop themselves from tapping their feet to the fusion compositions of “Pahaadi funk” and “Ali”. (IANS)