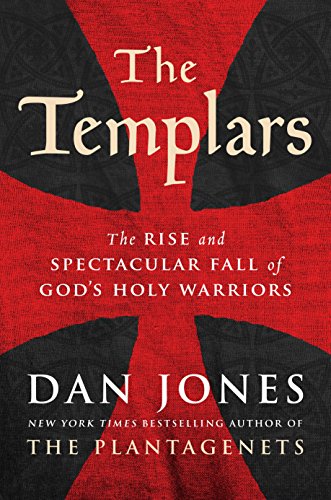 From Sir Walter Scott to Umberto Eco to Dan Brown, or the video game Assassins Creed to the film “Indiana Jones and the Last Crusade”, they are shown as a sinister, villainous organisation or fanatical and overzealous guardians of some holy relic, treasure, or esoteric secret. But who were the Knights Templar exactly? How did they earn this reputation? And is it justified? 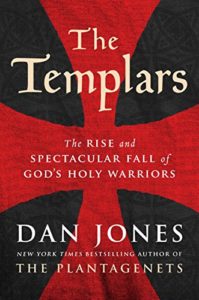 Originating in the early 12th century as an order of warrior monks to protect Christian pilgrims in the recently-conquered Holy Land, the Poor Fellow-Soldiers of Christ and of the Temple of Solomon (or the Knights Templar, or simply Templars) went on to become the Crusaders’ feared shock troops.

They also, as we learn in this rigorously researched but thrilling work liberally interspersed with contemporary accounts, became Europe’s first multinational corporation with extensive interests in hospitality, finance and transportation, and owning huge tracts of land and choice properties across the continent — all tax free and beyond any local secular or spiritual regulation.

But within a few years, in the early 14th century, they were discredited, suppressed and totally disappeared — with their existence continuing only in all kinds of speculative fiction and conspiracy theories down to the present day, says English historian Dan Jones.

“The Templars were holy soldiers. Men of religion and men of the sword, pilgrims and warriors, paupers and bankers,” and though one among several religious orders that came up in medieval Europe and the Holy Land during the Crusading era, “they were by far the best known and the most controversial”, he says.

In this book, Jones recounts the Templars’ meteoric rise, flourishing fame and equally rapid downfall in a welter of charges “designed specifically to cause outrage and disgust” but happening so suddenly and violently that seven centuries hence “they remain objects of fascination, imitation and obedience”.

The Templars feature in fiction, TV shows and films as “heroes, martyrs, thugs, bullies, victims, criminals, perverts, heretics, depraved subversives, guardians of the Holy Grail, protectors of Christ’s secret bloodline, time-travelling agents of global conspiracy” and more, which may be entertaining but isn’t true, he says, as he seeks to tell their story “as they were, not as legend has embellished them since”.

The goal, as he says, is to show that “their real deeds were even more extraordinary than the romances, half-truths and voodoo histories that have swirled around them since they fell”.

In the racy narrative in four sections, “Pilgrims” details the Templars’ origins, “Soldiers” about how they transformed from a “roadside rescue team” into an elite military unit, which not only guided pilgrims, but the entire army of the King of France, and “Bankers” about how they laid the foundation of modern banking.

Finally, “Heretics” deals with their troubled last half-century in which their fortunes ebbed with the Crusaders’ defeat and eventual expulsion from the Holy Land, and covetous eyes hungered for their huge wealth.

In course of this, we see the Templars at battles of the Crusades across three continents, fighting in the vanguard of Crusader armies from Syria to Egypt, and from Palestine to Spain. They are also seen financing wars, providing loans to pay kings’ ransoms, helping kings with financial management, collecting taxes, building castles, running cities, interfering in trade disputes, engaging in private wars against other military orders, carrying out political assassinations and even playing kingmakers.

Along with how they were so gifted in fighting, making money and so on, why they were feared by their enemies (their organisation for one) and hated by various sections (for their wealth and influence), Jones shows their interactions with an extraordinary gamut of people. These range from kings and sultans — brave or brilliant, cruel or covetous — to popes and prelates, of steadfast integrity or known for being influenced by power, pressure or pride.

As the story traverses from the fields of France to the stony battlegrounds of Palestine and back, it doesn’t only explain some dynamics of a period of religious conflict but also “the relation between international finance and geopolitics” and “the power of propaganda and myth-making”.

That is the Templars’ real legacy and the reason why they are still of interest — and Dan Jones is the one who must be read, not Dan Brown. (IANS)