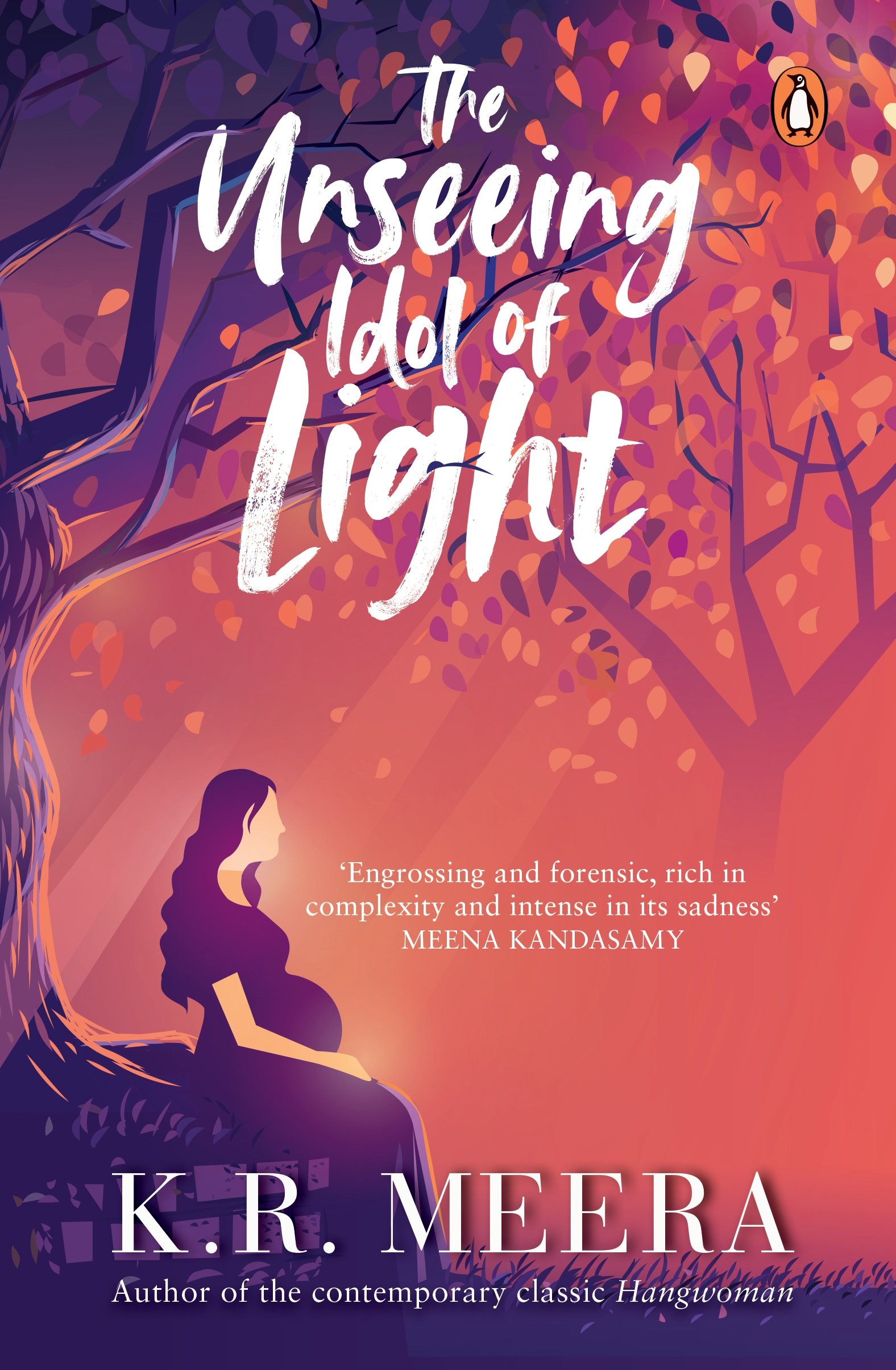 New Delhi– Amazing are the experiments happening in contemporary publishing here. If non-fiction and celeb-centric books ruled the roost in March, there is enough reason for fiction lovers to rejoice as the upcoming month will see the release of some outstanding novels.

From October 2017 onwards, just as the chill of the winter was settling in over northern India, several biographies and memoirs hit the stands one after the other. This continued all through the season of literature festivals, but as the mercury levels rise, fiction finds its place once again. The IANS recommendations for the month features four brilliant novels and a well-researched account on the life of Adi Shankaracharya.

Here are the five books we can’t wait to read this April:

1. The Unseeing Idol of Light, by K.R. Meera (Penguin)

A powerful, unsettling novel of obsessive love by the superstar of contemporary Malayalam literature. One fateful day, Deepti vanishes mysteriously. Baffled by her disappearance and consumed with grief, Prakash, her husband, loses his eyesight. For Prakash, the inexplicable loss of his wife is doubly painful because she was pregnant with their child. And no amount of consolation can bring him solace in the years that ensue. Into this void steps Rajani, a woman with a tormented past. “The Unseeing Idol of Light” is a haunting tale that explores love and loss, blindness and sight, obsession and suffering — and the poignant interconnections between them.

2. How I become a Farmer’s Wife, by Yashodhara Lal (HarperCollins)

Mild-mannered Vijay is the perfect Indian husband — responsible and predictable. Well, at least he was, until he decided to turn farmer! Vijay’s unsuspecting wife Yashodhara is caught off-guard when, tired of the rigours of city life, he actually rents land and starts dairy farming! As if Yash didn’t have enough going on already, what with her high-octane job, three children and multiple careers. As Vijay dives deeper into his quirky hobby, the family is plucked out of their comfortable life in the steel-and-chrome high-rises of Gurgaon, and thrown headfirst into a startlingly unfamiliar world — complete with cows and crops, multiple dogs and eccentric farmhands, a shrewd landlady and the occasional rogue snake. Will these earnest but insulated city-dwellers be able to battle the various difficulties that come with living a farmer’s life? A laugh-out-loud romp that’ll leave you wanting more.

3. The Baptism of Tony Calangute, by Sudeep Chakravarti (Aleph)

The book tells the story of Tony Calangute, the owner of Happy Bar, and his fiery cousin Dino Dantas, self-appointed guardian of Aparanta, the mythic, idyllic Goa of old. Their tale begins in the sleepy seaside village of Socorro Do Mundo, where time holds little meaning. For some time now, the world and several of Aparanta’s own have been engaged in a feeding frenzy on the natural treasures of this land of plenty. Chief among the poison-mongers is Winston Almeida, supreme thug, land shark and political aspirant, who will stop at nothing to appropriate and plunder all that this creaky, corrupt paradise has to offer. For this he has allied with Sergei Yurlov, a Russian drug lord; the Princess, a tantalising Brazilian transsexual go-between; and PI Fernandes, her Goan policeman lover and their alliance is blessed by Number One, the political overlord of Aparanta. Standing up to them are Tony and Dino, who are determined as ever to preserve what they can of their homeland.

In prose that is partly lyrical, part brutal satire, yet always passionate, Sudeep Chakravarti evokes the essence of a paradise on the verge of losing its soul.

Renowned writer-diplomat Pavan K. Varma is back with a new book — “Adi Shankaracharya…” — a meticulously researched and comprehensive account of the life and philosophy of the child-saint, who was the first to give Hinduism a definite form. Highly readable, and including a select anthology of Shankaracharya’s seminal writings, the book also examines the startling endorsement that contemporary science is giving to his ideas today. A must-read for people across the ideological spectrum, this book reminds one of the remarkable philosophical underpinning of Hinduism, making it one of the most vibrant religions in the world.

The police say it was suicide. Anna says it was murder. They’re both wrong. One year ago, Caroline Johnson chose to end her life brutally: A shocking suicide planned to match that of her husband just months before. Their daughter, Anna, has struggled to come to terms with their loss ever since. Now with a young baby of her own, Anna misses her mother more than ever and starts to ask questions about her parents’ deaths. But by digging up the past, is she putting her future in danger? Sometimes it’s safer to let things lie… This is the much-awaited, stunning, twisty new psychological thriller from number one bestseller Clare Mackintosh, author of “I Let You Go” and “I See You”. (IANS)