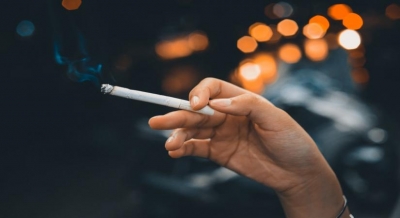 Helsinki– Tightened anti-smoking laws took effect in Finland on Sunday. Brand images and logos must be removed from packages of all tobacco products, including electronic cigarettes and refill containers.

Under previous laws, tobacco products must not be visible in a store, and customers must be able to identify the purchase verbally. The unified package formats have a transition time until May 2023, Xinhua news agency reported.

Finland has been gradually banning smoking since 1976. Smoking in public transport and schools and selling tobacco to people aged under 16 were banned. The ban was later extended to cover all public indoor areas, including restaurants. From this week, the ban also covers public beaches and playgrounds.

Smoking in rental accommodations has been banned in new contracts for several years, and the ban concerns also balconies. In ownership-based condo units, the condo company can apply for a municipal order to ban smoking in the house. But owners can continue smoking in detached houses that are their properties.

While “characterising” aromas or flavors such as menthol or strawberry have been illegal for years, the new amendment also prohibits products that consumers themselves can use to alter the flavor. Existing stock can be sold.

Establishment owners can maintain smoking rooms, but laws require costly, low-pressuring, and exhaust ventilation that takes the contaminated air out to the roof level of the building.

The legislative change is aimed at reducing the appeal of tobacco products, particularly to young people, and protecting young children from the harmful effects of second-hand smoke. It is also intended to reduce littering and environmental damage related to smoking, said the Ministry of Social Affairs and Health. (IANS)