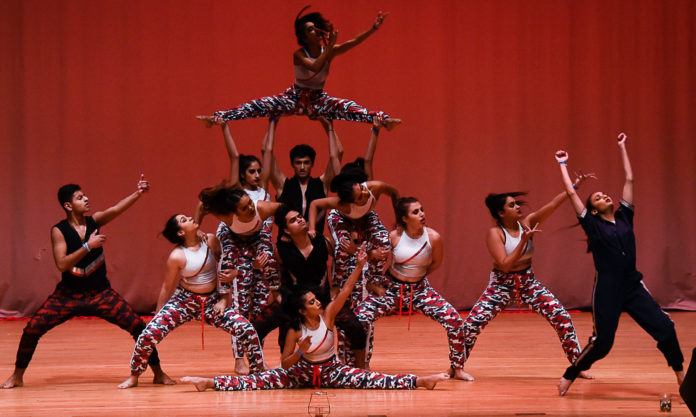 BOSTON– Drexel Jhalak won the first prize at the South Asian Showdown competition that was held last Saturday in Boston. The second and third place winners were RU Sapa and ASU Andaaz, espectively.

The South Asian Showdown showcases the best Fusion and Hindi-Film teams on one stage.  Bollywood represents the Mumbai movie industry and the story lines that come with it. South Asian fusion brings all styles of dance together on one stage to showcase the talents of South Asian dancers.

“All showed the Boston audience some of the best dances they have seen all year,” organizers said in a statement. “However, only 3 teams could win.”

Here is a quick description about each winning team:

Drexel Jhalak is a premier, female, South-Asian fusion dance team. The team expresses Indian culture and heritage in a unique and eccentric art form, especially through different dance styles from throughout India and fuse them with western dance styles such as hip-hop, jazz, ballet, etc.

The South Asian Performing Artists of Rutgers University made history in 2000 by emerging as the first co-ed South Asian dance troupe in the United States. Founded by a group of students who shared a passion for both the art of dance and stage performance while each contributing their own style and background of dance. SAPA introduced the Rutgers community to dance forms such as Bollywood, hip hop, bhangra, bnat, southie, contemporary, and girls dance. Even to this day, whether having had formal training or simply need an outlet for creativity, the team is unified in our aspirations to fuse South Asian schools of dance with the innovation of Western styles.

All the way from Arizona State University, ASU Andaaz is Arizona’s only competitive Bollywood fusion dance team and has been around for six years now. Andaaz has competed in several cities such as Los Angeles, Chicago, Minneapolis, New York, and more. They love to show their passion for dance and Indian culture both in Arizona and all around the nation.