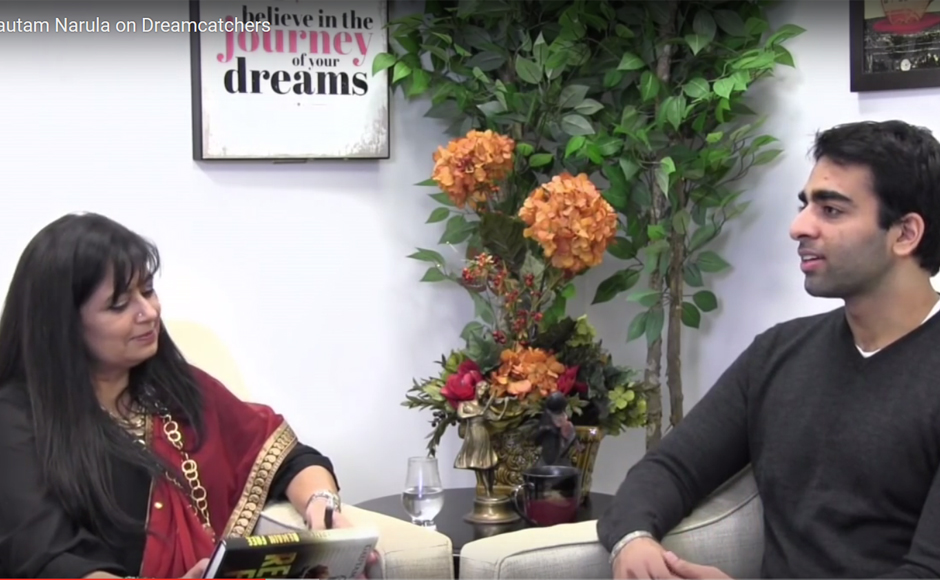 WALTHAM, MA—At 22, Gautam Narula has published his latest book entitled: Remain Free. This is the story of Troy Anthony Davis, a black man accused of murdering a white police officer in cold blood. Despite worldwide protests and belief by many in his innocence, Davis was executed by the state of Georgia on Sept. 21, 2011.

When Narula was only 15, he heard and read about Davis, one of the world’s most famous death row inmates. Unlike most teenagers who are busy with their favorite sports and school, Narula decided to write to Davis, got in touch with him and had many face-to-face meetings and conversations. Remain Free, in a way, has become his memoir, furbished with his conversations with Davis, his views on capital punishment, prison conditions and the society.

To watch the Dreamcatchers video interview with Narula, click here.

From 2008 to 2011, Narula was actively involved in the campaign to free Davis. Drawing upon his friendship with Davis and years working on the case, Narula shows how Davis exemplifies the dark, hidden aspects of the death penalty the public rarely sees: the ugly politics that determine who lives and who dies, the brutal conditions on death row, the emotional toll capital punishment takes on the condemned and their families, and the legal maneuvers that allow innocent people to be executed.

The proceeds from his book will be donated to The Innocence Project, a national litigation and public policy organization dedicated to exonerating wrongfully convicted individuals through DNA testing and reforming the criminal justice system to prevent future injustice.

On Saturday, Nov. 14, Narula will talk about the book and his experiences at an event organized by Boston and MIT chapters of Association for India’s Development. The topic is “Between Life and Execution: Troy Davis and the Hidden Face of Capital Punishment.

Narula is a computer science and political science major from Alpharetta, Georgia. He has also worked as an intern for Amnesty International and served as the Southern Representative for Amnesty’s National Youth Advisory Committee. He has also written a book on chess and a few Android apps, and is currently working on another book and a few software projects. In his free time, Narula enjoys reading, writing and playing chess.