“Artists ko Khud ko kam kharchna chahiye – Artists should consume themselves a little wisely “, I thought to myself after watching actor Vijay Deverekonda revealing his inner thoughts in an interview on Film Companion. Last time I had this thought was when I watched Ranbir Kapoor being interviewed by Pragya Tiwari. Sometimes it hard to believe that successful actors are capable of thinking beyond their vanity, so when they do, I wonder how would long their sanity last in this business where wisdom can get easily corrupted.

So, here Vijay was now defending a character that he had played almost two years back and after three more successful films that followed. Yet, he found himself still chased by the ghosts of very popular character Arjun Reddy.

As a Film writer and an author, I find myself in a situation like this often. When the narratives and the images that I create generate fierce conversations and sometimes get muddled in controversy, take meanings and interpretations that I had never conceived. Add to this mix the social media frenzy, any conversation can become a propaganda at a click.

Recently at the screening of “The Illegal” (Suraj Sharma starrer) our third film after “Half Widow”, I expected questions to be asked about the cause of the illegal immigration and its impact on the families, around Suraj’s performance in Oscar winning film Life of Pi or Million dollar arm, but much to my surprise many questions were still aimed at the characters of “Half Widow” , our award winning film on Kashmir. It is hard to engage in a conversation when viewers are just seeking Justification. 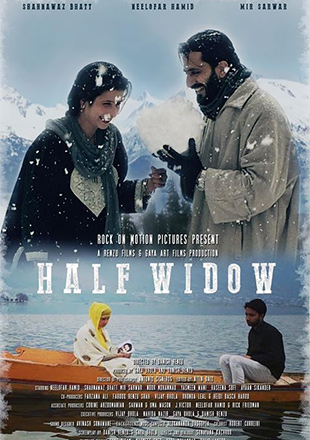 Justification, is a slippery slope that you can’t smoothly ski over. People will take you down into mudslinging matches and then watch you chock on your intellect. If you don’t know how to dodge, then don’t get into that arena. I am witnessing a similar phenomenon happening with the makers of Arjun Reddy/ Kabir Singh and that got me thinking!

Can and should Creators force their morality on to their characters?

When an author/ writer creates the sketch of a character, its arch is kind of defined. This arch is the reference point of how your character will act, react and talk in a situation. That is why a Joker kills, Michael Corleone takes revenge, Cruella de vil wears animal prints and Arjun/Devdas self-destructs.  Unless it is biographical, the characters are often a weave of many influences that the writer may have had. A sum total of many influences – own experiences, experiences as a witness, detours created by their curiosity and sometimes simply just a vent out of their unfulfilled fantasies.

Even in the biographical narratives sometimes artistic liberties are taken to enhance the cinematic experience. Many characters in the history that we may perceive as heroic or controversial, end up being boring and lack the luster in real life. So “drama add karo”.

I personally think that a gray character though very challenging is interesting to write. Multi-dimensional characters have a huge spectrum of contrasting emotions, sometimes edgy too.  Such roles must be quite enticing for anyone who is an expert at their craft. However, we don’t see that translating into lead roles quite often, especially in the South Asian films. Why? 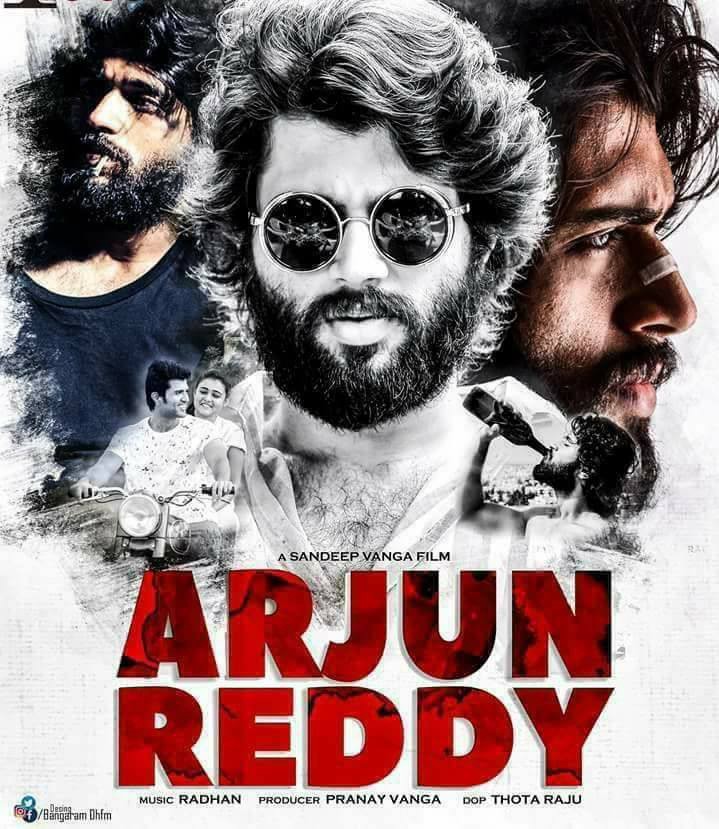 While I haven’t completely found the answer to this, I do think that it has a lot to do with how art/artists are perceived in the subcontinent. Remember we still have temples dedicated to a few movie stars; the level of adulation is extreme. The logic being that Movie influence people.

Movies DO influence but ONLY movies DO NOT influence.  Many factors dictate your behavior and of what influence stays and what withers away. External entities can only facilitate your growth, they can be enablers, triggers but they can’t be the hustlers of this process. A movie or a poem is only a trigger to something that is ALREADY brewing or hidden in your heart.

Coming back to the hysteria that Arjun Reddy movie has generated and which refuses to die down even now. It is interesting to see that there are polarized views on this. If you like the movie then you are a misogynist and if you don’t then you are firebrand Tanu who does wed Manu.  It amazes me that as human beings we want to be accepted for our flaws but we won’t accept that in others, including the characters that are in movies. Mere Hero Main Swag aur Sharafat dono hone chahiye

Is there a possibility that one may like a character for a certain virtue and not for the rest!  This myth of a perfect person, perfect Love and a perfect Lover that gets sold on the Valentine cards and Mills & Boon books has screwed our notion of love. How much of that is really life imitating?  Ever since Jerry Maguire declared “You complete me”, many of us set out to look for completion in others. The truth is that no one can complete you, it is a far too much responsibility to be shoved on others. Except for Ryan Gosling and Fawad khan rest of us are just imperfect people yet always complete, yet always continuous.

Are our likes and dislikes really that Black and White? Are our ideals fixed? Engraved on stone?  As a viewer I cannot align with many actions of Arjun/ Kabir in the same way as I couldn’t wrap my head around Sridevi’s character in Judai selling her husband for money, Sanju’s character putting the toilet seat around Sonam’ neck, Alia’s character attacking the woman her boyfriend befriends, Delhi Belly’s constant reference to “you know what” , Ranbir’s cruelty towards Deepika in a scene in Tamasha  or Shahrukh as Devdas hitting Aishwariya “Paro” just before her wedding , leaving her scarred for life. Even Munna bhai’s Gandhigiri and Circuit’s antics were cute but annoyingly optimistic at times. However, I understand that characters make unreasonable choices which is only a reflection of how people act in real life. Remember not all content is for everyone.  I will prefer “Dead Poets Society” to a “Hangover” any day but if I do watch hangover, I know the premise of the characters.

The criticism that movies like Joker, Arjun/ Kabir, Zero dark thirty, American sniper, Udta Punjab invite is probably fair and any piece of art should at least stir conversation. However, the personal attacks on the actors and the film makers are really uncalled for.  The premise of the movie and the character is revealed right at the beginning. Arjun Reddy didn’t sweet talk you into Kuch-Kuch hota hai and then deliver an Udta Punjab. As soon as we are into the first few scenes, we know that Arjun has “problems” with everyone around him. In fact, there is no antagonist in the movie, Arjun is that too. In fact, it seems like his family and friends are the real Heroes who are trying to save a person who can’t manage himself. He writes his thesis while in the mood (induced by drinking/smoking) believing  that his brain is the sharpest in that state, he separates the fishes from the fish tank as their “happiness” disturbs him. We realize that he is nursing a heartache. The flashback reveals that his anger control problems were always there. His issues get amplified when he loses the compass of his stability which was “Preeti”.  Preeti seems subtle and quiet and probably some people would call her a coward but I looked at her character very differently. I found her resilient in some scenes and quiet in some to the point of exasperation. I wanted Preeti to act, react as I had expected my cousin to in a similar situation.  She didn’t …Some Preeti’s don’t.

Sometimes heartbreaks can push people towards self-destruction. Poetry thrives on this emotion.

When one emotion possesses you so much, the ramifications are always huge whether it love or anger or hatred. Arjun pays too.  Probably not enough for a few. It is all there in the narrative for people to see to understand how this attitude has pushed him into a downward spiral of self-loathing and destruction.  We have a yardstick of how much pain and suffering people deserve and we won’t accept anything less than that. On that scale some people deserve nothing as they refuse to believe that Arjun has a potential to transform. While for some he deserves a second chance.

“His Pain is personal…and he is suffering….”

We are surrounded by people who wear their anger like an armor and entitlement.  The real question is -Are these people love worthy?  Second chance worthy? Would it satisfy us if the characters simply died in the end, like Shah Rukh in Baazigar?

The fact is that people who have anger, substance abuse issues or mental health issues can turn around with the support of family and loved ones. Some do …Some don’t.  According to a report in a medical journal in USA, as many as 15% surgeons have substance abuse related problems. So, don’t act all surprised when you see that on a screen.

It is heartbreaking that in the noise of right and wrong, what gets tragically overlooked and lost is the fact that Neelofar Hamid did a fabulous job as an actress in Half Widow, Danish Renzu did an awesome job as a director to tell this sad but untold story of resilience,  Sandeep Vanga did push an envelope with this edgy story telling. Vijay and Shahid’s brilliant performances didn’t get talked about as much.  In fact, most interviewers talked about the kissing scenes and didn’t even bother to ask any of the leading ladies how they got into the mental space of a character like that.

Whatever be the fate of a character It is important for a director to stick to his or her intuition and not get too influenced by others. To this effect writer Stephen King once said “No, it’s not a very good story – its author was too busy listening to other voices to listen as closely as he should have to the one coming from inside.”

I hope directors keep making movies about imperfect people, toxic people, immature people, wise people, reckless people, immoral people, self-destructive people and heinous people. I hope they show us the journey of these characters, of second chances, triumphs, failures, point of no returns, all-is-lost moments, cringe worthy actions that make us uncomfortable and not just some perfectly tailored dialogues said in an offence free zone. I hope directors keep shoving the reality check in our face.

I sincere hope that actor Vijay Deverekonda doesn’t sanitize his scripts for political correctness for the sake of stardom because that would be the death of his art. Then he would end up adding just another brick in the wall of formula cinema, chest thumping heroes and clearly demarcated villains.

Arjun Reddy is just a movie and Vijay is just an actor….let him be…

Let me end it the way Geet of Jab We Met would have “ Aap convince ho gaye ya main aur bolun?”

Sunayana Kachroo is a producer, film writer and poet. To know more about her, please click on the links below: