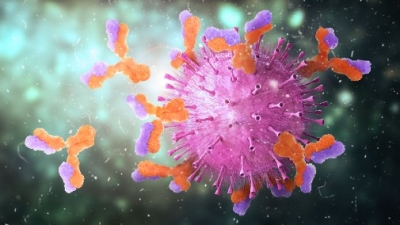 New Delhi– Even as the US recorded 800,000 Covid-19 deaths to date, analysis shows that the death toll of Americans under President Joe Biden equals that of during the regime of former president Donald Trump.

According to tghe Johns Hopkins University, the country continues to be the worst-hit country with the world’s highest number of cases and deaths at 50,374,099 and 802,502 – double the 400,000 deaths recorded by January 19, Trump’s last full day in office.

The Trump administration’s response to Covid-19 was markedly haphazard and the disease was widespread by the time Biden was sworn in. However, Biden could also not deliver as promised. Despite life-saving vaccines – which first became available in the US in December 2020 – and a pledge to achieve “independence from the virus” by July 4, the country has struggled with vaccine hesitancy, and surges brought on by the more contagious and severe Delta variant.

September and October were especially brutal, with a combined 92,800 deaths deemed preventable.

“It would seem that Mr. Biden has done no better than Donald Trump in defeating Covid despite the benefit of vaccines, better therapies and more clinical experience,” the Wall Street Journal wrote in a recent editorial.

Data from the US Centers for Disease Control and Prevention showed that Biden has presided over about 353,000 deaths in a little over 10 months, compared to about 425,000 for Trump in his final 10-plus months. So there have still been fewer deaths under Biden than under Trump in a similar time period, the Washington Post reported.

But data from Johns Hopkins University showed that the 425,000 deaths during Trump’s 10-plus months accounted for nearly 20 per cent of all worldwide deaths.

On the other hand, after 10 months after Biden took over, the world saw 3.07 million, while the US accounted for less than 12 per cent of worldwide deaths – down from 19.9 per cent under Trump, the Post reported.

Meanwhile, several studies have shown that a better response to Covid-19 by states to prevent vaccine hesitancy could have prevented hundreds of thousands of deaths in the US.

A recent analysis by US-based non-profit Kaiser Family Foundation (KFF) showed that about a fifth of 800,000 deaths in the country could have been prevented by the vaccines against the infectious disease, the Daily Mail reported.

With the emergence of the Omicron variant last month, which has now spread to 77 countries, experts believe the pandemic is far from over and loss of more lives from Covid can be expected.

As per the World Health Organisation’s (WHO) Omicron is spreading at a rate not seen with any previous variant.

WHO Director General Tedros Adhanom Ghebreyesus warned against underestmating Omicron because of it causing “mild disease”.

“We’re concerned that people are dismissing Omicron as mild,” he said. “Surely, we have learned by now that we underestimate this virus at our peril.” (IANS)