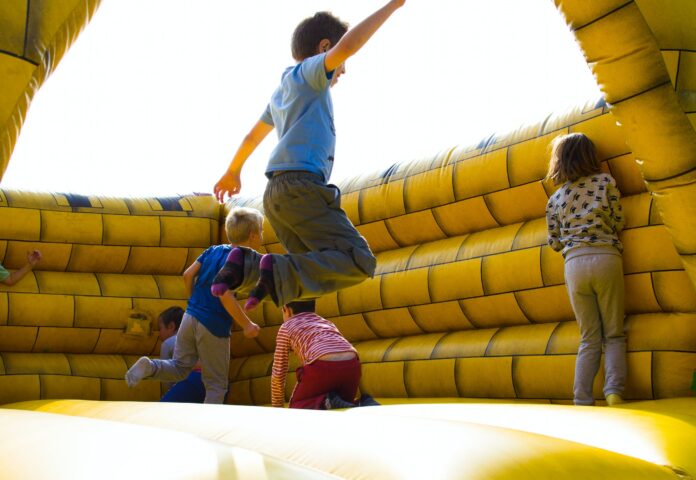 Canberra– Four children died in the Australian state of Tasmania on Thursday in a tragic incident when a bouncy castle was blown into the air by strong gusts of wind.

Tasmanian police said the children fell from a height of 10 metres on the last day of the school year in Devonport in the island’s north, reports Xinhua news agency.

Among the victims were two girls and two boys, and an additional five children who suffered critical or serious injuries have been hospitalised.

“On a day where these children were meant to be celebrating their last day at primary school, instead we are all mourning their loss,” Tasmania’s police commissioner Darren Hine said on Thursday.

“Our hearts are breaking for the families and loved ones, school mates and teachers of those children taken too soon.”

Paramedics arrived at the scene at 10 a.m., and children were given immediate medical attention before being flown in helicopters to hospital.

“Young children on a fun day out together with their families and it turns to such horrific tragedy at this time of year. It just breaks your heart,” said Morrison.

“Our focus right now is on supporting our community, and all those affected,” said Hine.