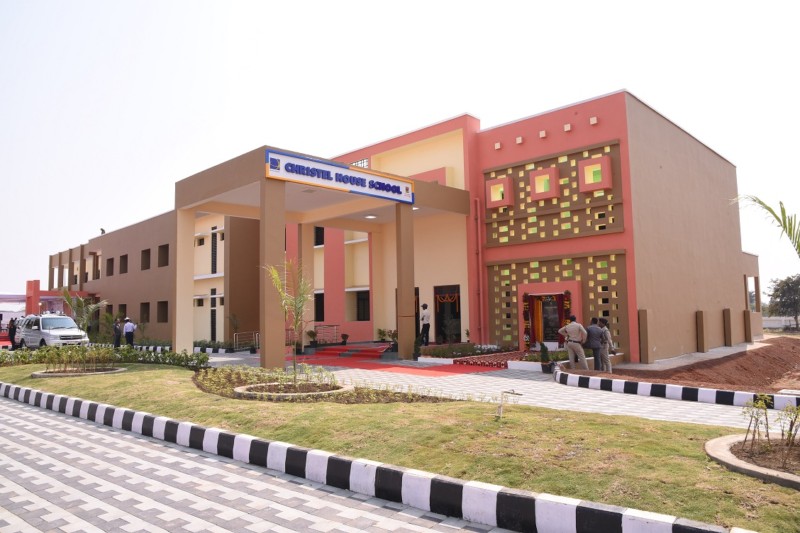 The event was attended by hundreds of students, parents, and supporters. Christel House India – Naya Raipur joins schools in Lavasa and Bangalore.

“Educating and empowering underprivileged children in Naya Raipur become self-sufficient, productive citizens will support India’s economic and social growth,” says Ms. DeHaan. “Naya Raipur is one of the early ‘smart cities’ in India. Christel House is delighted to be part of the premier educational institution hub to be created in the city.”
Currently the Naya Raipur facility has 210 students enrolled from kindergarten through Grade 2 with plans to add a new grade each school year.

Christel House India was recently endorsed in a comprehensive assessment study on the effectiveness of its education approach and specifically its College & Careers program. The efficacy study conducted by Deloitte Touche Tohmatsu India LLP found that a student starting in kindergarten at Christel House India is eight times more likely to successfully complete the grade 12 pre-university exam and 19 times more likely to graduate from a tertiary education program when compared to government schools serving a similar demographic.

The mission of Christel House is to transform the lives of impoverished children around the world—breaking the cycle of poverty and building self-sufficient, contributing members of society. A focus on academic excellence through a robust K–12 curriculum is combined with a strong character development program to give students the skills and competencies necessary to compete successfully in complex 21st Century society.

Much more than a school, Christel House was established in 1998 by Founder and CEO Christel DeHaan, and currently serves nearly 4,100 impoverished children through seven learning centers—located in India, Mexico, South Africa and the U.S.A. Christel House students maintain a 98% graduation exam pass rate, and the majority of its graduates go on to pursue higher education. They become productive citizens, and many secure employment with top multinational corporations. Christel House graduates are confident, hardworking, responsible and ethical, with a passion for giving back to their communities and caring for their families.