“This new immigration ban is based on the same legal authorities as the prior travel ban from primarily Muslim-majority countries, as well as the asylum ban,” Rand said in an email. “It is different from the DHS public charge rule, scheduled to go into effect on Oct. 15, as well as the State Department’s public charge policy, which has been in effect since January 2018. See this public charge explainer for more details.”

If implemented, this immigration ban would apply to most of the family-based immigrants in the second column below. (Source here.) 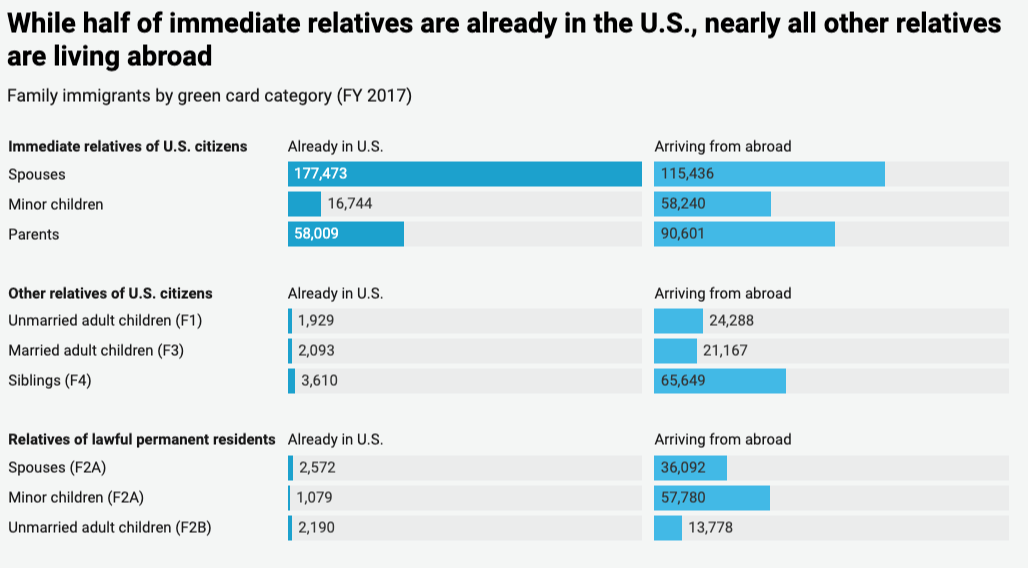