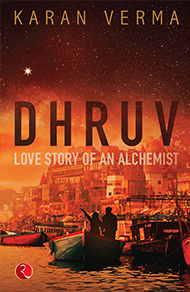 New Delhi–Read about the need to save a deeply beloved place — Vrindavan — that many term the spiritual capital of India, from the ravages of modernity; pore over the hitherto untold account of the internment of 3,000 Chinese-Indians after the 1962 Sino-Indian war; and finally, attempt to answer the question whether love can inspire you to rise above all changes and realise your destiny.

The IANS bookshelf offers you varied fare this weekend. Be inspired!

When Hawley, Claire Tow Professor of Religion at Barnard College, Columbia University, first came to Vrindavan in the fall of 1974, he felt he had stepped back in time — not exactly to some former era, but to a place running on primordial rules.

“Pilgrims often came by horse cart or by foot. Everyone bathed in the Yamuna; that simply went without saying. Newcomers approached one of Vrindavan’s traditional Brahmin guides to get a sense of how they should negotiate the three days they were expected to stay in the town. Pilgrimage was seasonal — heavy in the monsoon, the autumn month of Kartik, and the springtime season of Holi…Everyone expected to see at least one of ras lila plays if possible…there were the gardens that enshrined the trysts of Krishna and Radha,” Hawley writes in this profusely illustrated, meticulously researched scholarly work.

How much has drastically changed since then! The river is heavily polluted; the horse carts are nearly gone and with them the old quiet cycle rickshaws. Instead, there are battery-powered auto rickshaws and three-wheelers tempos and private cars zoom noisily everywhere. The motorcycles’ horns are particularly deafening and their speed especially life-threatening. Buses still arrive but the chartered ones rarely stay as long as three days anymore. Because of the greatly improved highways, tourist buses from Delhi can include a quick taste of Vrindavan as part of a day trip centered on Jaipur and Agra.

“This means there’s not much need for the local pandas, since the bus companies themselves arrange what the visitors will see,” Hawley writes whether such visitors can at all be called “pilgrims”.

Noting that Vrindavan stands for ‘wilderness’, the book says that today, it is in danger “of being submerged in a sea of general ‘world-class-ness’ that takes away its independent reason for being”.

“Has Vrindavan really been ploughed under? Are efforts to redeem it simply for naught? If so, that’s likely true for the plant,” Hawley writes.

Even so, there is scope for reversal but who is going to bell the cat?

“For over half a century, members of the Chinese-Indian community, those who left and those who remained in India, have been silent — terrified of speaking out, of drawing attention to themselves,” Joy Ma writes in the Preface of this book, that for the first time details the trivails of the 3,000 members of the community that were detained, some for up to five years, in the dusty town of Deoli on the edge of the desert in Rajasthan in the wake of the 1962 war with China.

“What if there is a repeat of those sinister knocks on the door? What if they are again rounded up and sent away to a prison camp? Besides, many in India are still stateless residents, forced to renew residence permits every year, paying thousands of rupees each time. What repercussions might they face if some of their compatriots speak of this episode,” asks Joy, who was born in the Deoli camp, was educated in India until she left for graduate school and currently lives in the San Francisco Bay area with her husband, two sons, her mother and Willie, the family dog.

But the story had to be told and Joy found the perfect co-author in the Mumbai based D’Souza who writes for his suppers on a variety of subjects.

Many of those interned have “fled India and are still perplexed that they were treated this way…That’s the legacy of the Deoli episode, and it will not go away easily,” the book states through extensive interviews with seven survivors of the camp.

What happens when a child prodigy, destined for greatness is ravaged by the rigours of life and the onslaughts of misfortune? Heartbreak, disenchantment, wilderness or enlightenment or all of it?

Set against the ghats of Banaras, this is the story of Dhruv and Emma. The former is the proverbial shining star who was born in the city amidst a communal conflagration, was blessed by Goddess Saraswati –(the goddess of craft and knowledge) and was predicted to become an alchemist whose words would resonate across the seven seas. The latter is a Swiss film-maker fascinated by the ethos of Banaras and its traditions.

Their love saga and Dhruv’s ambition to make it big forms the backdrop of the initial half. However, things take a turn when Dhruv is confronted with betrayals, losses and misfortune.

How does the couple cope? This is the perfect read as Valentine’s Day approaches and Verma, a software engineer and a post-graduate in business management, helps you explore how much love can inspire.