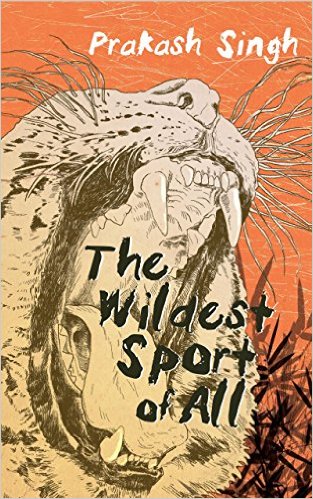 NEW DELHI– Embark on a journey that deals with different shades of human existence. Sometimes, it is the adventurous journey of a hunter while tracking down a tiger in the mountains of north India. Then, there is a criminal with a dark past, getting involved in the loopholes of virtual world while desperately trying to escape the police; and a supernatural tale takes one to a mysterious house where guests are summoned every nine years. IANS Books This Weekend offers you varied fare. Read on!

Prior to tiger hunting being banned, it was considered a popular sport in India. Narrated in the voice of an expert “shikari”, the book is a first-hand account that takes readers on an adventurous journey through the forests of Kumaon and Garhwal in north India.

This debut novel provides a vivid description of pastures and ponds; the cacophony of wild animals and the eerie silence of lonely nights come together to present the tiger as a creature of dread and deification.

Arjun Clarkson, the protagonist, who works as an ad agency executive in New York, has a dark past. For years, he has suffered due to his miserable childhood in an Indian orphanage, his low-caste birth and the pointed cruelty of an abusive foster mother.

Clarkson ends up accidentally killing his ex-colleague Emily when she unknowingly triggers in him a disturbing memory. To escape the police, Clarkson begins to exploit the loopholes of the virtual world to wreak vengeance on the people who have injured him.

Arun Krishnan’s book is a compulsive page-turner that will make you think before checking in on the social media.

There is something mysterious about Slade House. Located in a narrow, dank and easy-to-miss lane, the house does not have any door handle or keyhole. It opens at the human touch. The house is too grand for the shabby neighbourhood and too large for the space it occupies.

One person is summoned to Slade House every nine years. Why are these persons chosen, by whom and for what purpose?

Author David Mitchell, who was long listed for the 2014 Man Booker Prize, presents an unnerving, taut and intricately woven tale in his latest book.

Vishal Bhatia’s book evolves around the life of Jangsher Singh – the protagonist who is a top junior tennis player – and two people close to him – his friend Yug and his cousin Aman.

Becoming a victim of an unfortunate incident, several years later, a scarred Jangsher arrives at a Grand Slam tournament, the Australian Open at Melbourne as a rookie wildcard.

The book unfolds the series of interlinked events around the lives of Jangsher, Yug and Aman. Can Jangsher win the Grand Slam and can Yug come out of the deep trouble he is in? Read to know!