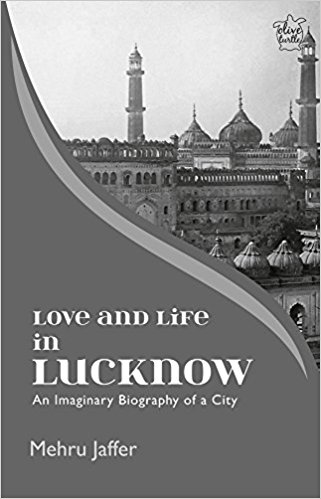 New Delhi–Mutual respect was a “consciously cultivated way of life” in Lucknow, and this “magic formula” helped the city and the Awadh region around it to prosper. Alas, this is not the case any more, says journalist and author Mehru Jaffer, who has just published a book on the city where she has her roots.

In what manner has the scenario changed?

“Respect for the other was a consciously cultivated way of life in Lucknow. It was state policy not to fan hate and differences amongst human beings. This was the magic formula that made this city and the region around it so wealthy. When people trusted each other, they traded without fear and prospered unimaginably.

“Only when there is friendship, trust and inter-dependency amongst human beings do markets boom. When there is murder and loot in public places and in the market square, then shutters come down, the streets are deserted and businesses of ordinary citizens suffer,” Jaffer told IANS in an interview. 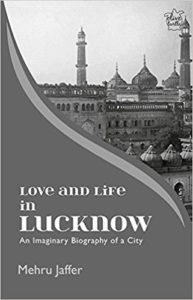 Is that why she writes in “Love and Life in Lucknow: An Imaginary Biography of a City” (Niyogi Books/pp 199/Rs 395) that the city is “economically and politically bankrupt today”?

At one time, “this part of the fertile Indo-Gangetic plains was economically self-sufficient. It was the bread basket of the region. A gunj, or treasure house, or granary filled with food. That kind of wealth is what made it politically important.

“Today, political power is centralised. All roads lead to the political capital of Delhi. Agriculture (is) in a state of neglect and all those human beings who used to earn a living from farming are reduced to the status of beggars and paupers. The priority of present-day development is weird. The human being is pushed to the periphery and replaced by slogans. The human being no longer seems to matter. There is no shame any more in watching other human beings beg, starve and die without a home.”

What kind of human beings will stalk the earth, what will be left to eat, what will be there to drink in a few decades is something that is worrying, she added.

Is this the thought process that led to the book being written?

Jaffer prefaced her reply by noting that she grew up with the world telling her that Lucknow is “different”, that people in Lucknow are different and that “I am nicely different in my speech and in my food habits from others in the country”.

“Over time, a desire came over me to find out what is so different about Lucknow. At some stage of my adult life I began to live consciously in Lucknow, reading, writing and observing the city and its citizens for decades, till I felt ready to put down my experiences in a book,” she said.

“There are numerous books on the 18th and 19th century history of Lucknow. This is the most glorious period of the city. After having studied the period thoroughly, I felt like moving on and writing about Lucknow as it is today and to tell stories of the people who live in the city now, without of course denying its past,” Jaffer explained.

She also tried to experiment with language by thinking in the very sensual, poetic spirit of the Urdu language but telling the story in English.

“The many characters in the book have been assembled from different recesses of the region, from its imaginary past to records preserved in archives and history books. Portraits have been pulled out from the present in the hope that the varied experiences of others may help us to find a clue or two on how to treat other human beings with more respect in the future,” Jaffer writes in the Introduction.

She, however, ended on a positive note, hoping that Chief Minister Yogi Adidyanath, would be as caring as some of his spiritual ancestors.

“He will only be loved if he is seen to care for every citizen of Uttar Pradesh and not embrace just those belonging to his caste and creed. It is the sacred duty of all great yogis to practise love for all human beings and to provide justice for all. I wait for this yogi to be as truthful, gentle and magnanimous as spiritual leaders are expected to be,” Jaffer said.Set featured image