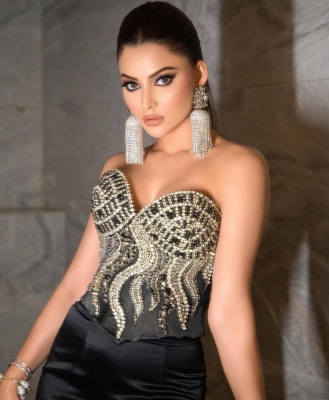 Urvashi Rautela was praised by Leonardo DiCaprio at Cannes!

Mumbai– After making her debut on the Cannes 2022 red carpet, Urvashi Rautela shares that she got emotional when Hollywood star Leonardo DiCaprio complimented her.

She says: “I was freaking out and falling short of words after receiving compliments from Leonardo DiCaprio. I was so emotional and could feel happy tears in my eyes. At the same time I was blushing too.”

Urvashi who was crowned Miss Diva Universe 2015 and represented India at the Miss Universe 2015 pageant attended the screening of the film Forever Young at the 75th Cannes Film Festival.

She stated having met the American actor was a dream come true.

She continues: “He also appreciated me as a very talented actress. I was waking up pinching myself. Did that really happen last night? Was I dreaming about the sweet moment? I think it just shows how even the younger actors want to be out there and inspires young actors to keep going, that’s my memory of meeting him.”

Urvashi is known for featuring in Bollywood movies like ‘Virgin Bhanupriya’, ‘Pagalpanti’ and ‘Hate Story 4’.

Mumbai– Actress Elnaaz Norouzi will be seen performing a dance number in the multi-starrer ‘JugJugg Jeeyo’. 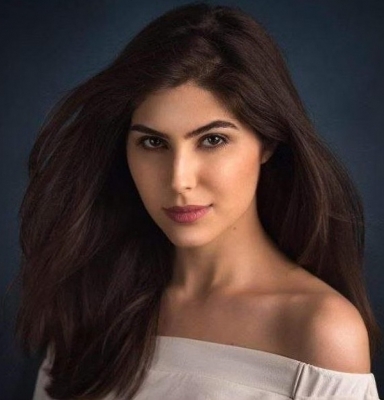 She will feature in an item song in the movie. The song is said to be an essential part of the narrative and comes at a crucial point in the film.

Commenting on the same, the actress, who is a part of the second season of the Emmy-winning show ‘Tehran’, said, “This song is a very important part of the film. Both Anil sir and Varun bring in great energy, the shoot was a lot of fun and the song is damn groovy. I’m very proud to be a part of a dharma production.”

The recently released trailer of the film showed the glimpses of the song where Elnaaz is dancing with Anil Kapoor and Varun Dhawan.

Mumbai– On 50th birthday of director-producer and his friend Karan Johar on Wednesday, Bollywood diva Kareena Kapoor Khan shared a throwback picture and said that she wants to celebrate by dancing like never before. 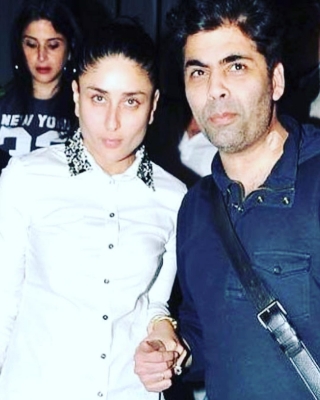 Kareena shared an old photograph posing with Karan on Instagram. In the image, the two seem to be trying to pout.

Taking a dig at their own pout game, Kareena captioned the image: “I don’t know are we pouting? sucking our cheeks in well what the hell.. it’s us you and me me and you..forevera love like no other. Let’s dance tonite like never before acause it’s my sweethearts birthday Happy 50 @karanjohar No one like you.”

The picture currently has over 66,000 likes on the photo-sharing website.

On the work front, Karan is gearing up for the release of his upcoming production ‘Jug Jugg Jeeyo’, while Kareena awaits for ‘Laal Singh Chaddha’ starring Aamir Khan. 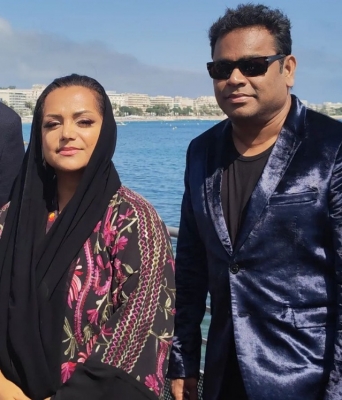 Written by Al Khaja and Masoud Amralla Al Ali, the film follows Wahida, who is unable to make sense of her twin sister’s mysterious death and is plagued by a haunting rhythm in her ears.

Rahman and Khaja were present at the Cannes Film Market to promote ‘Baab’. The composer’s directorial debut, the virtual reality film ‘Le Musk’, also had its world premiere at the market’s Cannes XR programme.

Talking about ‘Baab’ with ‘Variety’, Al Khaja said: “It’s about the four stages of grief, but we don’t say it so black and white. She [Wahida] creates a fantasy world to justify her sister’s death, because she’s young. They’re identical. They spent their entire life together. So how do you move on after that point?” Shooting for the film will begin in March 2023.

Al Khaja said to ‘Variety’ that she believes in serendipity as Rahman was in Dubai to set up the Firdaus Studio as part of Expo 2020 Dubai and mentor the Firdaus Orchestra, an all-woman ensemble of 50 musicians from 23 Arab countries. Rahman also composed the music for Shekhar Kapur’s ‘Why? The Musical’, which was part of the Expo.

Rahman started researching Arabic music when he was composing the music for Majid Majidi’s 2015 film ‘Muhammad: The Messenger of God’. For ‘Baab’ he is planning to use the Arab melodic system called ‘maqam’. 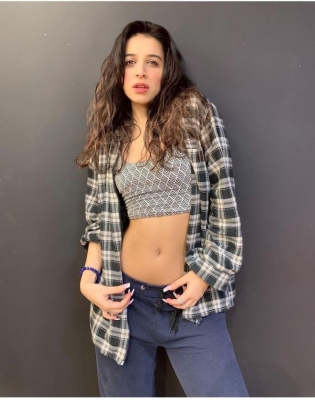 She participated in ‘Roadies X4’. After a hiatus of almost 5 years, she is ready to be a part of the new show.

Expressing her excitement about the show, Benafsha said: “I’m very excited to be hosting ‘Playground’. I think the audience is going to love this unique and entertaining show.”

Apart from Benafsha, celebrated YouTuber Carry Minati, Triggered Insaan, Mortal and Scout will also be a part of first gaming entertainment show titled Playground by Rusk Media. The winner will walk away with a whopping Rs 50 lakh as prize money.