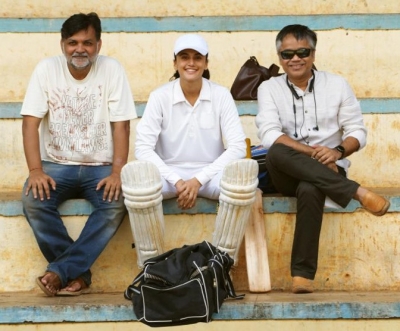 Mumbai– Bollywood actress Taapsee Pannu, who is awaiting the release of her upcoming sports biopic ‘Shabaash Mithu’, has won praise from the film’s director Srijit Mukherji. The director revealed that Taapsee gave a lot of inputs, courtesy her inclination towards athletics.

Srijit, who is a huge cricket buff himself, expressed it was great working with Taapsee Pannu.

“It was fantastic working with Taapsee. She is very hardworking and intelligent. Taapsee was also very involved in the process, she would discuss the scenes extensively,” Srijit added.

“She used to improvise and give suggestions on how to make the scene even better. I had a blast working with her, I think she’s one of the most exciting actresses today and it was great working with her,” he added.

The film is based on former Indian cricketer and skipper Mithali Raj. It tells the story of her rise amid struggles with an interesting storytelling.

“Although Taapsee is a natural athlete which helps her to play the role, she had to work extensively to portray the emotional and mental spectrum of Mithali,” Srijit Mukherji revealed.

‘Shabaash Mithu’, produced by Viacom18 Studios, is set to hit the screens on July 15.

Vaani Kapoor chuffed to collaborate with Ranbir Kapoor for ‘Shamshera’

Mumbai– Bollywood actress Vaani Kapoor, who is gearing up for the release of her upcoming film ‘Shamshera’, is extremely happy to collaborate with Ranbir, and feels that Karan Malhotra, the director of the film, is a visionary story-teller. 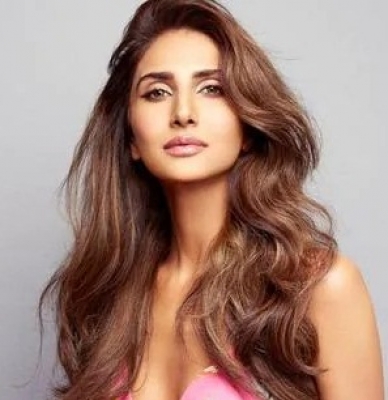 Elaborating the same, Vaani said, “‘Shamshera’ is a dream project for me. To be directed by someone like Karan Malhotra, who is a visionary story-teller, is an opportunity that no actor would ever miss out on. I’m fortunate that he felt I was apt for the part. Karan is obsessed with his craft and the story that he is trying to tell. I’m a director’s actor so I had an amazing time soaking in his vision and plan to make Shamshera a truly larger than life big screen spectacle.”

Talking about her pairing opposite Ranbir Kapoor, the actress added, “I’m also teaming up with one of the best actors of our generation, Ranbir Kapoor in the film. This is the first time that we have been paired together on screen and I’m keeping my fingers crossed that people love our chemistry in the film. Our characters have an amazing graph and I hope people love and root for it”

About working with Sanjay Dutt, Vaani shared, “I got an opportunity to work with Sanjay Dutt and I have been a big fan of his over the years. I loved him in Agneepath. You have to wait and watch out for him in Shamshera because he is again going to give us a villain for the ages in Hindi cinema. He is just menacing and cunning and pure evil.”

Mumbai– All set to be seen in a negative character on the big screen, Disha Patani is enjoying one of the most interesting phases of her career. She will be seen along with John Abraham in the forthcoming film ‘Ek Villain Returns’. 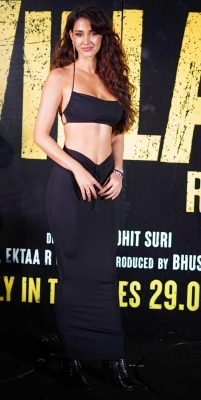 With ‘Ek Villain Returns’. Disha will be seen playing a grey character for the first time in her career.

Switching over to a negative character called for some preparation, the actress said. “I just followed my director’s advice. I also remember watching a lot of these negative movies and there was a point I was like sir I can’t watch it anymore because it’s making me into a different human but I just followed what he told me, Mohit sir really knows what he wants and he just makes everybody’s life easier.”

Disha Patani has previously been noticed for her performance in Mohit Suri’s ‘Malang’. This is the second time she has been roped in for a project by him.

Talking about his experience working with Disha, John said: “I think with Disha, it was a fantastic experience to work with. It’s only rare when you get on screen, and you feel that the chemistry is working, we felt the same with Disha.”

Chennai– Actress Raashi Khanna, who plays the female lead in director Maruthi’s ‘Pakka Commercial’ which is scheduled to hit screens this Friday, on Wednesday expressed her heartfelt gratitude to fans for their unconditional support to her. 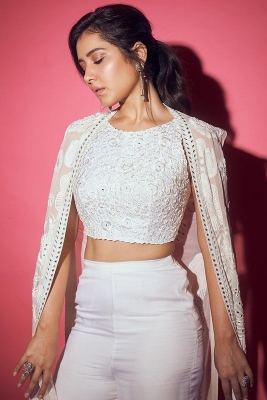 Taking to Instagram, the actress said, “The crazy schedules, the 24-hour shifts, the night shoots, the diets, the workouts, the multiple city hopping – every second feels worth it when I get to meet you and see your love and enthusiasm.

“Words always fall short for me to express my gratitude. Thank you for all your love and support through and through. My heart is full! p.s: ‘Pakka Commercial’ releases tomorrow. Hope to really entertain you through this one and bring a smile to your face. Lots of love your way!”

The trailer of the film, which the team released a few days ago, shows Gopichand playing an advocate who does not mind taking the side of law breakers for a handsome sum in the film.

Raashi Khanna joins as an assistant to Gopichand in the film while Sathyaraj, who plays Gopichand’s dad in the film, chooses to appear against his own son for the sake of justice in the film.

The film, that has been written and directed by Maruthi, is being presented by Allu Aravind and produced by Bunny Vass.

Cinematographer Karm Chawla has shot the film while Jakes Bejoy has scored the music of the film, which is scheduled to hit screens on July 1.

Mumbai– Actor Rashmika’s performance as ‘Srivalli’ in ‘Pushpa – The Rise’ has made her an overnight sensation and she has been unstoppable ever since. The star’s famous ‘Saami Saami’ step remains the most trendy step on social media. 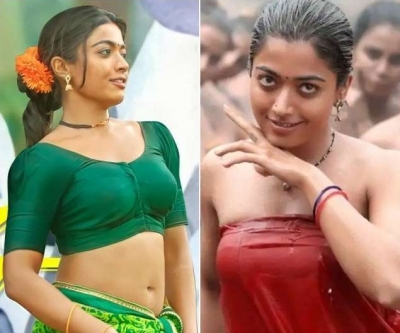 Thanks to her impressive performance in ‘Pushpa’, Rashmika Mandana has been roped in for Sandeep Reddy Vanga’s ‘Animal’ alongside Ranbir Kapoor.

Talking about the same, Rashmika says, “The makers of ‘Animal’ approached me for the film after they saw my performance in ‘Pushpa’. I did not think twice before saying yes to the film because I was confident that the audience would get to enjoy a new side of me.”

The Allu Arjun starrer, ‘Pushpa – The Rise’ was the surprise hit of 2021 and have a fresh impetus to pan-India movies made in Tollywood.

Rashmika played the role of a rural girl in the movie with great conviction and came out with a natural performance that made her a household name as India’s ‘national crush’.

Rashmika is currently the IT girl of the industry, with a lineup of big-budget films from across all industries in her kitty. Apart from ‘Goodbye’, she will be next seen in ‘Pushpa 2’. (IANS)