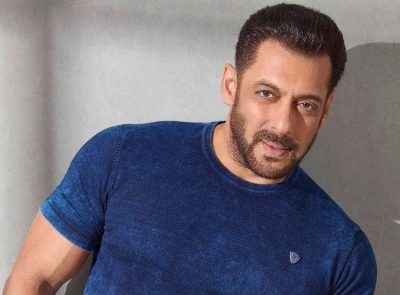 Mumbai– Bollywood superstar Salman Khan recently extended his best wishes to the team of social media thriller series Escaype Live. The actor took to his Instagram and shared a poster of the series.

He wrote in the caption, “Big Nite Tonight For You All.. Best Wishes for your new show. #EscaypeLive @waluschaa @sktorigins @rahultewary (sic).” The actor also shared the link of the show’s trailer in his Instagram bio.

The show will be available to stream on Disney+ Hotstar from May 20.

Salman had also recently shared the first look of his tentatively titled film, Kabhi Eid Kabhi Diwali’. He also announced that he will present Kiccha Sudeep’s Vikrant Rona’. Sudeep, who played the antagonist in Dabangg 3′, was recently embroiled in language controversy after he had a Twitter showdown with Ajay Devgn.

Mumbai– ‘Ek Deewaana Tha’ fame television actress Donal Bisht says coming back to her hometown Delhi for the shooting of her upcoming show ‘Zakhm’ makes it all the more special for her. 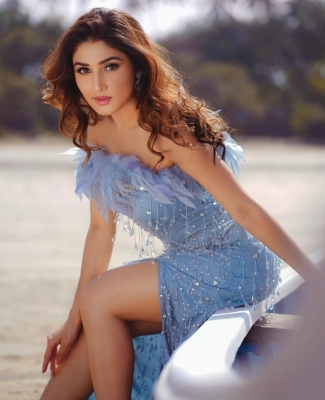 The actress, who is currently shooting for the MX Player original show, said, “Delhi is where my heart is because my family stays there. After six long years of being in Mumbai for work, away from my loved ones, it feels great to be with them now. The long shoot will give me the chance to come home at the end of the day and be surrounded by love and laughter.”

The show is produced by Yash Patnaik and Mamta Patnaik under the banner Beyond Dreams Pvt Ltd. It also stars Anuj Sachdeva and Gashmeer Mahajani.

Asked about the details of her character in the show, Donal said, “I cannot yet reveal detailed information but it’s a romantic thriller family drama. The character I’m playing is a girl next door but how she evolves through her journey is very interesting to see. I cannot wait for you to see us on screen.”

The actress was last seen in the reality television show ‘Bigg Boss 15’.

Adivi Sesh unfazed by box-office clash between ‘Major’ and ‘Prithviraj’

Mumbai– Actor and writer Adivi Sesh is unfazed by the prospect of a box office clash with Akshay Kumar’s ‘Prithviraj’ which is slated to release at the same time — June 3. Adivi Sesh starrer ‘Major’ sets it up for a box office face-off with at least two other big ticket releases at the same time. Akshay Kumar starrer ‘Prithviraj’ and Kamal Haasan’s ‘Vikram’ are also releasing in theatres on June 3. 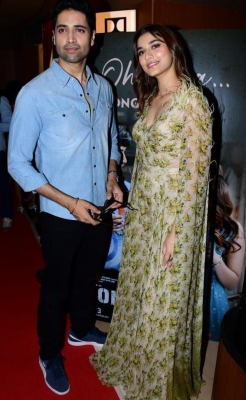 However, Adivi Sesh is confident that ‘Major’ will emerge a winner at the box office.

‘Major’ is based on the life of Major Sandeep Unnikrishnan, hero of the Mumbai terror attacks.

The bilingual film was shot in both Hindi and Telugu, and will release in Malayalam as well. Produced by Sony Pictures International Productions in association with Mahesh Babu’s GMB Entertainment and A+S Movies, Major is directed by Sashi Kiran Tikka, and stars Adivi Sesh, Sobhita Dhulipala, Saiee Manjrekar, Revathi, Prakash Raj, Anish Kuruvilla and Murali Sharma.

‘Imlie’ fame Piya Valecha : No sense of just being bold on screen

Mumbai– Actress Piya Valecha, who was previously seen in popular television shows like ‘Choti Sarrdaarni and ‘Imlie’, feels it important to explore every medium as an actor. 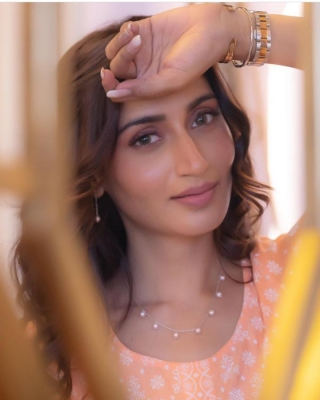 She says: “It’s so important to change your look and medium of acting time and time again else people just type cast you and you get the same roles. Am so happy and thankful for getting good digital offers but still looking for something interesting and stronger not just shedding clothes and making out. For me, performance matters the most.”

The actress is keen on making digital debut.

She continues: “I want to explore digital shows with a good script and a good character. I think this is the best time as so many opportunities are coming up for an artist with an increase in mediums. I am keeping my fingers crossed and hopefully coming soon with a bang on a big web show. I would like to do glamorous but also performances oriented roles or very strong characters.”

She adds: “No sense of just being bold onscreen. I believe in entertaining with my art. So as an actor it’s very important for me to keep working on myself and improving my craft and trying out different looks. When I’m shooting for a project, I am working as a character and when I am not shooting I am preparing for a new character. It’s always work in progress for me.”

Hyderabad– Pooja Hegde, who made her Cannes Film Festival debut at the ‘Top Gun: Maverick’ premiere on Wednesday, was a sight to behold in an elaborate strapless ivory-hued feather gown that had an embellished bodice and a voluminous skirt. She paired this dazzling outfit with diamond danglers and a no-fuss ponytail. 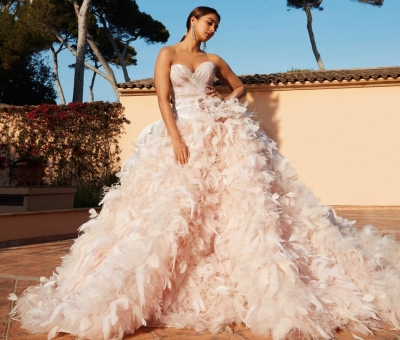 The ‘Ala Vaikunthapuram Loo’ actress used the hashtag ‘Crafted in India’ when she posted pictures of her new look on Instagram, indicating that the look was created by an Indian designer.

She then expressed gratitude to Anurag Thakur for making it possible. She said, “I didn’t come with a brand; instead, I came with brand India. As an Indian actor, I’ve come to celebrate Indian cinema.”

Pooja Hedge talked about how walking the red carpet at Cannes is a dream in a video snippet.

At the 75th Cannes Film Festival, India is the ‘Country of Honour,’ led by Information and Broadcasting Minister Anurag Singh Thakur.

Pooja is among the 11 film personalities along with A.R. Rahman, Nawazuddin Siddiqui, R. Madhavan, Shekhar Kapoor, and Prasoon Joshi, who are members of India’s official delegation to Cannes.

Deepika Padukone, who is part of the jury of this film festival, joined the Indian delegation for the inauguration of the Indian Pavilion on Wednesday, the second day of world cinema’s most prestigious showcase. (IANS)