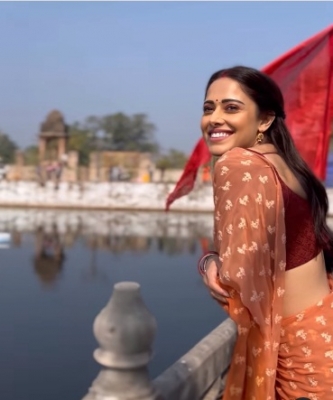 Mumbai– Nushrratt Bharuccha recently shared her thoughts on discovering herself on a journey called life as the actress put up a video celebrating her joy and freedom in the beauty of traditional temples in the background.

Taking to her Instagram, Nushrratt wrote a beautiful note along with a picture as she wished everyone a ‘Happy Women’s Day’. She wrote in the caption, “Found myself somewhere along this journey of ups & downs. I know who I am, who I aspire to be.”

She further added in the caption, “More importantly, I know who I am not who I can never be. And just like that, having that clarity gives me so much peace…and so much joy, just being Me! I celebrate me! Hope You find You and celebrate You! Happy Women’s Day! (sic).”

On the work front, she has been confirmed for the sequel ‘Chhorii 2’ as the lead. In addition, Nushrratt will be seen in ‘Ram Setu’, ‘Hurdang’ and ‘Janhit Mein Jaari’.

Sushmita Sen: ‘Aarya’ is a celebration of all brave women

Mumbai– Bollywood actress and former Miss Universe Sushmita Sen recently spoke about how her character from crime-thriller drama ‘Aarya’ has manifested itself in her conduct throughout her life. 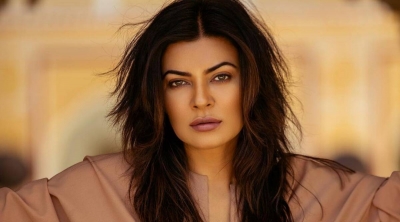 On International Women’s Day, she mentioned that having led life as a strong woman gave her the edge to play a character like Aarya.

Talking about presenting an inspiring clutter-free story and how she resonates with her character that breaks gender stereotypes, the actress said, “From becoming the first Indian woman to win the title of Miss Universe at the age of 18 to raising two daughters singlehandedly and entertaining viewers through clutter-breaking stories, I have lived Aarya Sareen through my life.”

Calling the experience of working in the series a fulfilling one, she added, “Playing the character in Hotstar Specials’ ‘Aarya’ has been a worthy and inspiring experience showcasing the relationship of a mother and of a woman who can hold the family together despite all odds.”

“‘Aarya’ is a celebration of all of the brave women out there who are breaking the gender biases and conquering the world,” she concluded. 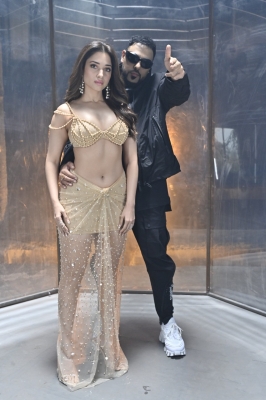 Within its four hours of the release, the song has garnered over 358,000 views and still counting.

Speaking about the song, Tamannaah said, “This is the first time I collaborated with Badshah and it was a blast making the video with him! I’ve been secretly humming this song to myself ever since I first heard it and now, I can finally sing it out loud!”

“My favourite part of the song is the hook step – it has me hooked in every way! The video is already pooling in a lot of love all over the country and I’m grateful for all of it!”

On the work front, Tamannaah has multiple releases in the pipeline, the pan-Indian actor has ‘Gurthunda Seethakalam’, ‘F3’, ‘Bhola Shankar’, ‘Pan A Plan B’, ‘Yaar Dost’ and ‘Babli Bouncer’.

Mumbai– Actress Jacqueline Fernandez, who will be soon seen in the upcoming action-comedy ‘Bachchhan Paandey’, has urged people in the social sphere to collaborate and work towards improving the level of education for women. 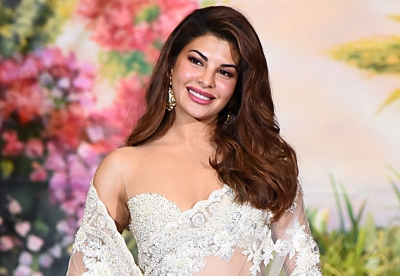 Sharing her thoughts on the occasion of the International Women’s Day, the actress said, “The most important thing that people can actually do is to collaborate in improving the world of education for women.”

Urging people to step forward and work in the right direction, the actress further said, “It would be great if people in that field come forward and be volunteers, help empower the children and women through education and what more they can do to improve their life which would make a huge difference.

Jacqueline also met the young girls of Municipal School and spoke with them on the subject of women empowerment and independence in an engaging way. She also shared a glimpse of her interaction with the young girls at the school.

For any progressive society, it’s imperative that women get ample space to express themselves.

“We, as a nation, will prosper only when women are given the right to speak up for themselves and their beliefs, and when nations and organisations work to ensure that every woman is given the same opportunities to grow and progress,” she added.