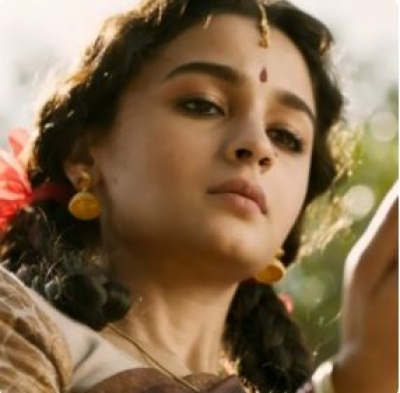 Hyderabad– Bollywood star Alia Bhatt made her debut in the South with Rajamouli’s recent sensation ‘RRR’. It is being said that Alia isn’t quite happy with the brief screen space she has been allotted in the final cut of ‘RRR’.

It is reported that Alia Bhatt, who seems to be unhappy about her brief role in ‘RRR’ has apparently deleted a few posts related to ‘RRR’ from her Instagram feed. It is also rumoured that Alia Bhatt unfollowed S.S. Rajamouli on Instagram, but there is is no authentic evidence.

Folks also point out that Alia Bhatt, who was spotted publicizing ‘RRR’ before its postponement, had gone inactive during the second leg of RRR’s promotional campaign, except for one big event.

It is true that Rajamouli failed to pen the best of characters for Alia Bhatt in ‘RRR’, if her stardom across Bollywood is to be considered. So, no wonder even the actress is upset. Anyway, it is too early to draw any conclusions.

Varun Dhawan recalls his impromptu gig with Salman at IIFA

Mumbai– As Bollywood gears up for the upcoming edition of the International Indian Film Academy Awards (IIFA), actor Varun Dhawan, speaking at a media event here on Monday evening, recollected his favourite moments from the past editions of the award show. 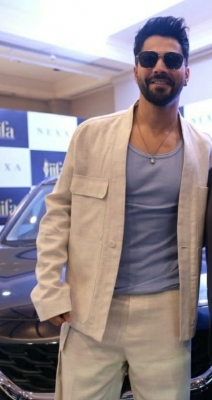 The ‘Main Tera Hero’ actor said: “My best memory from IIFA happens to be one with Salman sir when we performed together on stage. And to tell you the truth, it wasn’t a planned gig.”

Salman Khan will host IIFA, which will be organised at Yas Island in Abu Dhabi on May 20-21, along with Riteish Deshmukh and comedian-TV presenter Manish Paul.

Dhawan continued: “It so happened that Salman sir came up to me backstage and said we must do something together. So, we quickly improvised and performed in front of the audience.

“Though it was an impromptu gig, the energy between the two of us at that moment was just crackling. And of course, he then helped us with the promotions of ‘Judwaa 2’. We all know how big a heart Salman sir has.”

Smita Bansal on working with her husband in ‘Roohaniyat’

Mumbai– Actress Smita Bansal shares her experience of working with her husband Ankush Mohla after 20 years as the director of web show ‘Roohaniyat’. 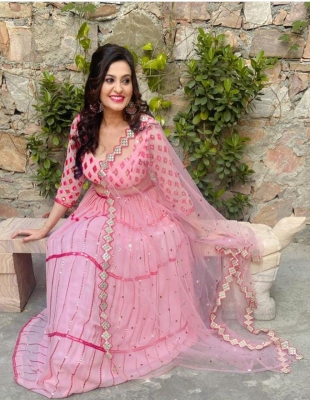 She says: “I think I am working with Ankush after almost 20 years in an actor-director capacity. He’s a very friendly director, not just with me but with everyone on set. We consciously made a decision to not work together because we don’t like to bring work home and vice versa, but, ‘Roohaniyat’ happened and I could not say no.”

Smita feels obliged that she was given a chance to work in the series. She says that despite of being husband and wife they maintain a balance between professional and personal life.

“I am delighted that he thought I could essay the role of Priya. He’s a taskmaster on the set whereas I like to call the shots at home. So much so that my daughter laughed saying mum always directs dad at home but now the tables have turned, now he is going to be telling her what to do. His being there on set obviously added an extra layer of comfort, but both of us are quite professional and we like to keep our work and personal lives separate. None of us takes our work life back home, which is why I think we work together perfectly,” she concludes.

Smita plays the role of Priya, a doting mother of two young and beautiful girls alongside Aman Verma who essays the character of Ashok, her husband. Directed by Ankush Mohla and Glen Barretto, Roohaniyat will also feature Arjun Bijlani and Kanika Mann in pivotal roles.

Mumbai– ‘Lock Upp’ contestant Poonam Pandey lashed out at Ali Merchant for pushing Anjali Arora. The fight started when Anjali borrowed Poonam’s hairdryer and she went to take a shower. 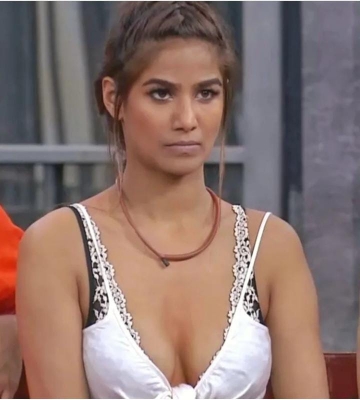 Azma hides Poonam’s hairdryer in Mandana’s T-shirt and thus begins a fight in the house. Anjali and Poonam do not find the hairdryer and hence they announce they will inspect everyone’s bag. “I don’t know where these folks come from, such cheap individuals,”says Poonam.

After getting out of the shower, Mandana realises Azma had hidden the hairdryer in her towel. She says: “Whatever you’re hoping to get out of it, you won’t get it.”

Furthermore a task called ‘Sharirik Shram’ happens. The shram was to make currency coins out of the basic materials provided and then paint them. At the end there is a verbal and physical fight between the contestants. Zeeshan, Ali, Munawar, Anjali, Mandana, and others dragged and pushed each other about the smoking area.

Towards the end Ali pushes Anjali in a really bad manner to which Poonam yelled at him saying: “You nasty man with a nasty behaviour!”

Priyanka Chopra celebrates one year of her Indian-themed NYC restaurant 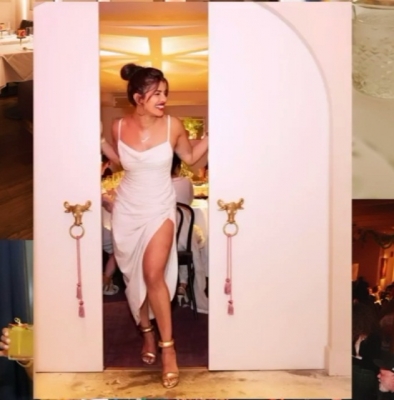 Through the video, which is a collection of photographs, she highlighted how a venture that she started to introduce modern India to the world has now become a cool hangout spot in the city.

She wrote in the caption, “What started for me as another way to introduce modern India to the west, turned into an incredibly fun, cool, and awesome spot in the heart of NYC where you can let your hair down and explore culinary delights and cocktails that are so synonymous with us. As Sona turns a year old today, I couldn’t be more proud.”

She further gave a shoutout to her partners and her restaurant’s team, “My partners @maneeshkgoyal, @harinayak @davidrabin8 and the dedicated incredible team at @sonanewyork have turned their talent and passion into consistently delivering excellence and making your experience at Sona as timeless as India herself. My Heart (and stomach) is full. Here’s to many, many more!”

On the work front, Priyanka will be next seen in the forthcoming romance drama, ‘Text For You’, the web series ‘Citadel’, a Bollywood film ‘Jee Le Zaraa’ and a film adaptation of ‘Secret Daughter’. (IANS)