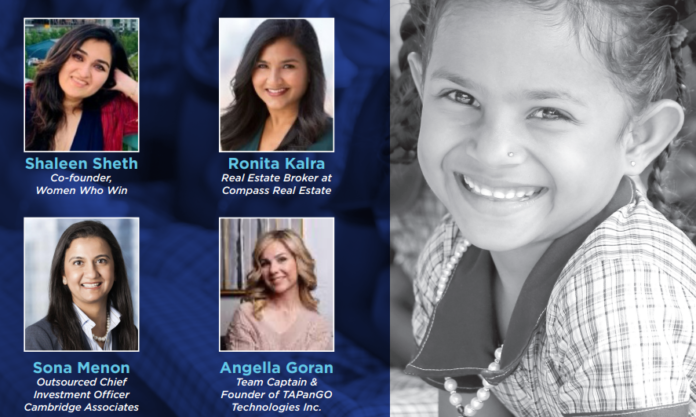 BOSTON– Akshaya Patra Foundation, a non-profit organization that has expanded to 57 centralized kitchens in India’s 12 states and two Union Territories and feeds over 1.8 million children per day, announced that it is hosting a virtual Women’s Forum on March 31, 2022 in the honor of Women’s History Month.

The event will be held virtually from 7:00 PM EST on Thursday. This forum aims to raise $2,000 (enough to feed a school for an entire year) and creates awareness of the ways a lack of education disproportionally affects young women in India.

The event will be moderated by Siddartha (“Sid”) Rao, Co-Chair of the Young Professionals Leadership council at Akshaya Patra. Registration Link: https://forms.gle/9BQotjYtbsxoWYbA7

Ronita Kalra has been a licensed real estate broker since 2013. Ronita has been featured on multiple seasons of Bravo’s reality show Million Dollar Listing New York and is currently ranked in the Top 2% of relators in New York City and has been featured on the hit show Million Dollar listing. Ronita and her team are responsible for over $250 million in real estate transactions.

Shaleen Sheth is a co-founder of Women Who Win, an award-winning community-based organization, focused on educating and enriching women through providing free relevant and informational content on crucial women’s topics . She is passionate about women representation, specifically in politics and management.

Sona Menon is the Head of the North American Pension Practice. Based in Boston, she also serves as an Outsourced Chief Investment Officer (OCIO) for a diverse group of pension clients. Sona has been with Cambridge Associates since 2001 and brings 25 years of investment industry experience to her clients.

Established in 2000, Akshaya Patra is the world’s largest NGO school meal program providing hot, nutritious lunches to over 1.8 million children throughout India. It costs just $20 to feed a child for an entire school year.