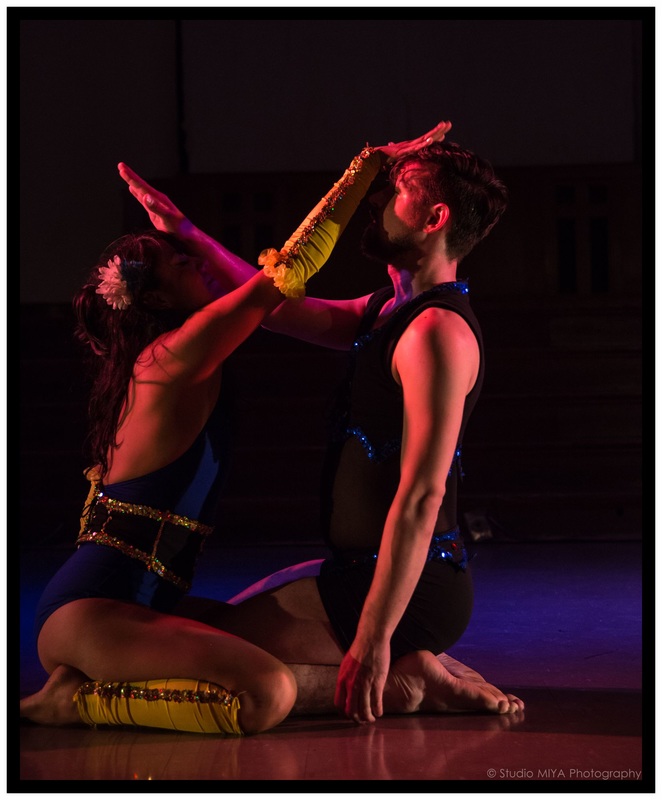 CHICAGO—Jus looking at the promotional visual materials, one can say that Bindis and Bruises & Encuentros is shaping to be a fantastic show. It opens in Chicago on March 4th, and is also available for touring and workshops.

Bindis & Bruises is conceived and choreographed by Ensemble Member, Priya Narayan, and directed by Ellyzabeth Adler. Incorporating classical Indian dances (Bharatanatyam and Kathak) and religious Hindu storytelling with elements of modern dance and texts, Bindis and Bruises brings awareness to issues of domestic violence to offer solutions for change and hope, according to the show’s website.

After each performance, a post-show talk back will take place.

Chicago Danztheatre Ensemble was founded in 2001 by Ellyzabeth Adler, creating a resource for dancers and actors whose interests extend beyond their primary artistic discipline.

Priya Narayan, an Ensemble Member, is a contemporary Indian classical artist. She is trained in the classical dances of India, Bharatanatyam and Kathak. Since 2006, Narayan has taught numerous students and adults in Dance Academy settings, as well in Community Outreach programs such as the After School Programs of the Chicago Public Schools, according to the website.

From 2010-2013, Narayan was the principle dancer for Kalapriya Center of Indian Performing Arts, and served as their Assistant Artistic Director for 2013-2014. She made her choregraphic debut with “Reimagine: a Tribute to Vyjayanthimala.” She has performed at many notable venues such as the Harris Theater, Field Museum, Chicago Cultural Center, and the Logan Center of the University of Chicago.

Narayan has also performed as a solo artist in India, her first International tour taking place in 2013. Much of her original work is deeply rooted in the classical dances of India which she reshapes to push boundaries and ask tough questions regarding societal issues. She received her MA in Interdisciplinary Arts from Columbia College Chicago in 2014.