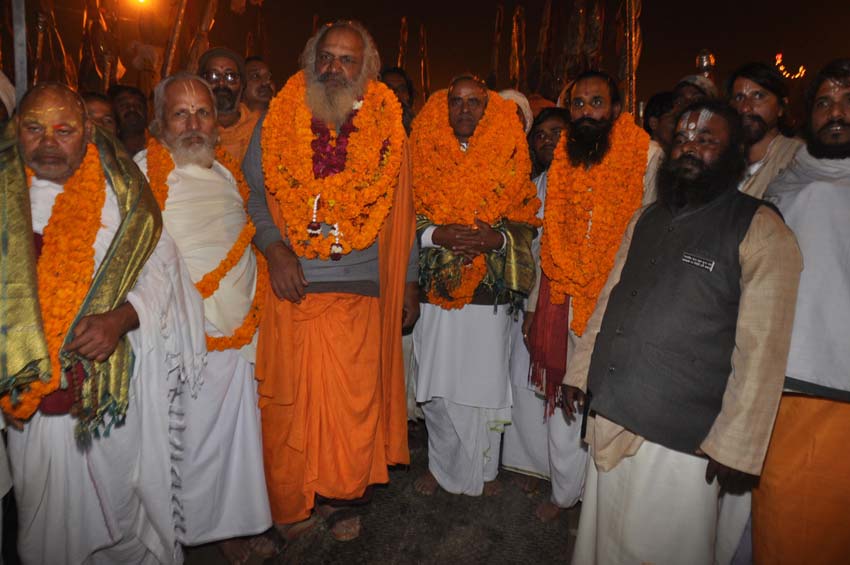 New Delhi– While scientists and faithfuls will ensure that the debate on the existence of a universal spirit — call it God or a supernatural force — goes on, a research study has revealed that the conflict between science and religion has its roots in your brain.

According to the researchers, human brain is divided in two parts — one given to analytical or critical think and the other comprising an empathetic network.

When it comes to chosing between faith or science, this is how the brain works.

In order to believe in a supernatural power or a universal spirit, people appear to suppress the brain network used for analytical or critical thinking and engage the empathetic network.

On the other hand, when thinking analytically about the physical and material world, people just appear to do the opposite, say researchers from Ohio-based Case Western Reserve University and Massachusetts-based Babson College in the US.

The brain has a role to play in everything that happens to and by the human body and mind.

“You cannot do anything without the brain. So the faithfuls suppress analytical/critical part of their brain while they are enjoying their faith or praying. It, however, does not mean that they cannot be nerds and analytical at other times,” Richard E Boyatzis, professor of organisational behaviour at Case Western and a co-author of the research study, told IANS in an e-mail interview.

In a series of eight experiments, the researchers found the more empathetic the person is, the more likely he or she is to be religious.

The research is based on the hypothesis that the human brain’s two opposing domains are in constant tension.

“Because of the tension between these two networks, pushing aside a naturalistic world view enables you to delve deeper into the social or emotional side,” says associate professor of philosophy Tony Jack from Case Western in a paper published in the journal PLOS ONE.

According to Santhosh Babu, celebrity coach and managing director of Organisation Development Alternatives, human brain is capable of understanding that we do not understand everything. Therefore, there is a “rational comfort” in trusting someone or something on issues which are beyond our understanding and capabilities.

“The moment we believe in something, there is a perceptual constraint that stops the analytical or curious part of our brain. Once the brain believes in something strongly, only the data that support that particular belief is allowed to enter our awareness,” Babu told IANS.

The US researchers also examined the relationship between belief in God with measures of analytic thinking and moral concerns, in eight different experiments — each involving 159 to 527 adults.

Consistently through all experiments, the team found that both spiritual belief and empathic concerns were positively associated with frequency of prayer, meditation and other spiritual or religious practices.

Experts feel that for the human mind, the uncertainty that surrounds a state of “not knowing” is a source of anxiety, fear and depression.

“Surrendering to a ‘higher power’ alleviates that state of ‘not knowing’ as it is easier to believe that things are happening as per will of God or destiny rather than not being able to put an explanation for those acts or phenomenon,” emphasises Dr Sunil Mittal, senior psychiatrist from Cosmos Institute of Mental Health and Behavioural Sciences in New Delhi.

Religious beliefs, however, can help cope with difficult events like death of a loved one, loss, disability and calamities.

“The human mind does feel conflicted about believing in something that it has never seen or cannot define. However, the ‘power of belief’ itself is essential to help find answers and cope with difficulties in life, be it belief in God, in destiny or any other higher power,” Dr Mittal told IANS.

But some psychiatrists say the unknown also holds challenges for the mind.

“One can be spiritual without being religious and vice versa. Uncertainty may lead to depression, fear and anxiety, but may also be rewarding as it provides a stimulus for progression on a journey that may lead to the development of the self and personal beliefs in response to the challenges faced in life,” says Dr Shobhana Mittal, a Delhi-based senior psychiatrist.

To question, analyse and think critically is an innate quality of the human mind. But the religion-science conflict can, however, be avoided by remembering simple rules, say others.

“Religion has no place telling us about the physical structure of the world as this is the business of science. Science should inform our ethical reasoning but it cannot determine what is ethical or tell us how we should construct meaning and purpose in our lives,” explains Jack.

For Dr (Brig) S Sudarsanan, senior consultant psychiatrist from BLK Super Specialty Hospital in the capital, while the conflict between belief in God and atheism has gained significant momentum in the recent past, “spirituality is increasingly being thought of as a key function of the brain.”

That may be another debatable point. (IANS)