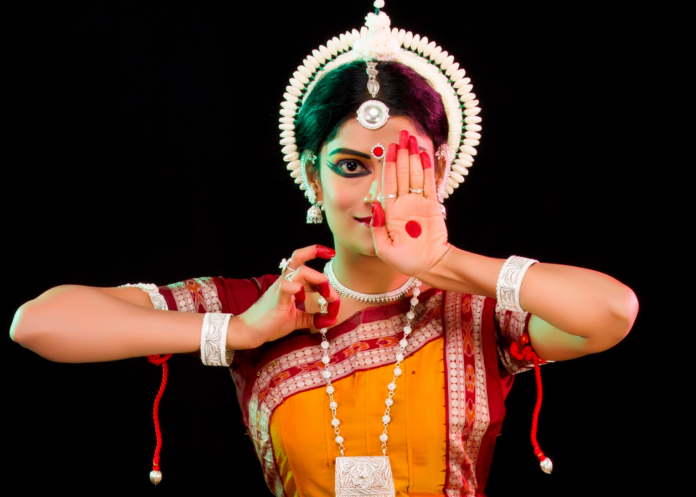 Udaiyavar – An Offering in Odissi Dance, will be held at the Dance Complex’s Studio 1 at 7:00pm on March 24th 2019. The Dance Complex is located at 536 Massachusetts Avenue in Cambridge, MA.

Odissi is a classical dance from the state of Orissa in Eastern India. It has its roots in ritual temple dancing dating back to the 2nd Century BCE and brings to life the sculptures that decorate the walls of these ancient temples. Known for its sinuous quality of movement, Odissi also tells stories from mythology and renders poetic interpretations of classic literature.

‘Udaiyavar’ explores the concept of the Transcendent Being who both creates and destroys, reveals and mystifies, offers and takes away. This seemingly dichotomous force, however, reveals itself to be a regenerative cycle; one where destruction, illusion, and separation pave the way for rebirth, liberation, and union.

Suprita Trilok is an Odissi dancer whose work is defined by virtuosic skill and deep insight into the form and stories she conveys.  This holistic approach connects her with audiences across religion, race, culture and gender.

Suprita started her journey in Odissi with Guru Nivedita Mukherjee in Mumbai, India.  In 2009, she immigrated to the United States where she began training under one of the most celebrated US-based Odissi dancers of today, Shipra A. Mehrotra at the Avantica Academy of Odissi Dance.   Suprita has had the privilege to perform all over the United States and India including the 3rd North American Odissi Convention (Houston, 2013), Smaran Dance Festival (2016), ZeeBangla Women Now (2017), Yuva Bharati (2018) in the San Francisco Bay Area and the Odissi International Festival in Bhubaneswar, India (2016).  Currently based in the San Francisco Bay Area, Suprita continues to devote herself to learning and performing Odissi.

Shipra Avantica Mehrotra, is recognized today as a leading Odissi dancer, choreographer, and educator. Shipra’s technical virtuosity and evocative abhinaya showcase the innate lyricism and theatricality of traditional Odissi while she simultaneously revitalizes the dance form with her contemporary perspectives. This balanced approach has earned her the opportunity to perform at several prestigious events and dance festivals across the United States and India.  The New York Times described Shipra’s performance at the 2010 Erasing Borders dance festival as ‘wholly poetic’ and ‘the truest revelation of dance itself’. Shipra is also the founder and artistic director of the Avantica Academy of Odissi Dance, where through an absolute commitment to excellence, she hopes to successfully pass down the timeless art form of Odissi to future generations.

Tickets are available at dancecomplex.org