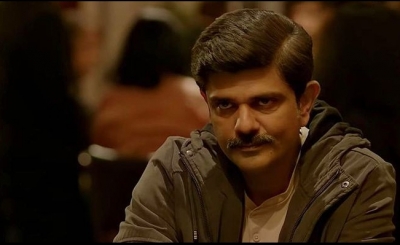 Mumbai– Actor Amit Sial, who is known for his roles in shows such as “Mirzapur”, “Hostages” and “Kathmandu Connection”, wants a break from serious characters. The actor adds he doesnt want to play a cop and would like to do a comedy role next.

“I don’t want to take up any cop role for sure. I really want to cut down on playing intense roles as it’s started to play with my head. I want to do lighter roles, common man roles… even a dark comedy would do,” he told IANS.

The actor says that it’s important to take up varied roles.

“Actors get stereotyped in everything. Most of the calls that I get for work are cop roles and I just say I can’t do it. It’s your responsibility in how to get out of it. 99 per cent of people want to play safe. You need to think about yourself, no one else will,” he says.

Amit says that he feels lucky to be part of OTT wave as it is the only platform which is working right now.

“Going by the times, I see theatres opening up as a distant dream. I can only count my blessings and the industry is also doing the same. At least we have a platform in the form of OTT so that work can carry on. It’s a big industry and a lot of people are depending on it. Work has a platform to get produced on. OTT is a blessing for our industry,” he says. (IANS)