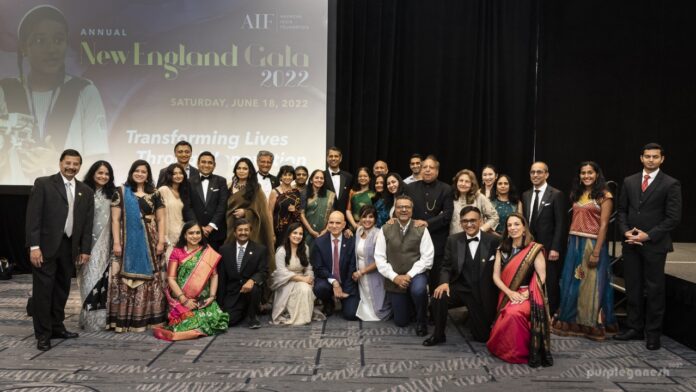 BOSTON–The New England chapter of the American India Foundation held its 16th Annual Gala on June 18, 2022 at the Renaissance Boston Waterfront Hotel in Boston, and raised over $1 million.

The gala showcased AIF’s innovative approaches in rebuilding and transforming lives in communities across India. There were heartwarming stories of beneficiaries of AIF’s interventions, including street vendors who revived their businesses after the pandemic with AIF’s help and schoolgirls who attended STEM and robotics sessions provided by AIF’s education program. 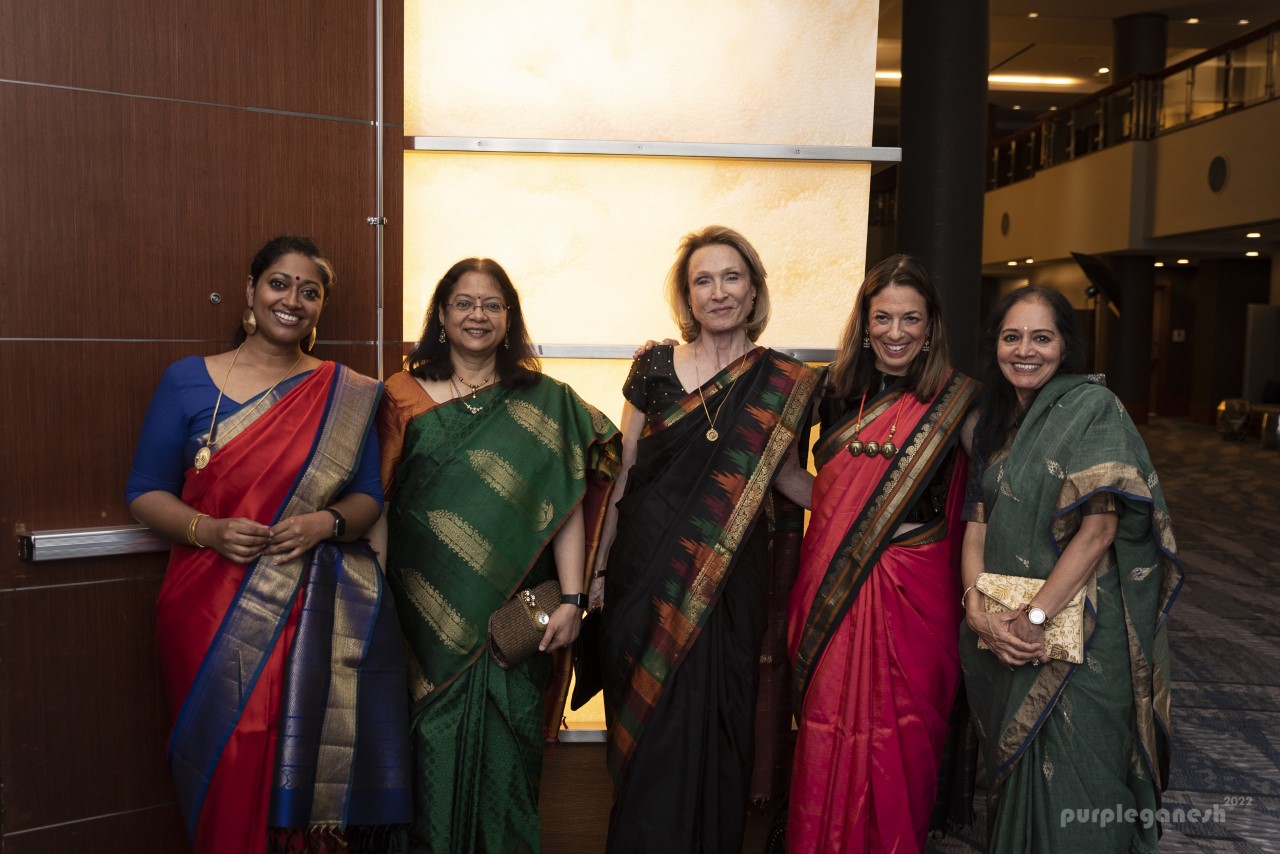 AIF CEO Nishant Pandey thanked the New England community for their generous contribution during the pandemic. He mentioned that AIF not only provided emergency medical supplies during the second wave of the pandemic in India, but also helped augment the long-term medical infrastructure in India by building oxygen plants and portable hospitals.

AIF Board Member Venkat Srinivasan and his wife Pratima expressed deep gratitude for the consistent outpouring of support from the New England community, and for the AIF staff’s impressive deployment of resources and cooperation with corporations and government.

Gala Chairs Gita Iyer & Vijay Vishwanath said, “We are thrilled to see yet another successful AIF Boston gala, with record sums of money being raised.  It is a testimony to the fantastic programs and impact that AIF is having on the ground in India, as well as the generosity of the Boston community.  We would like to add that we could not have pulled this off without the talent and dedication of the AIF New England Chapter event team.”

Gala Co-chairs Sumeit & Sanjay Aggarwal said, “It was wonderful to see our AIF community come together for the in-person gala after more than 3 years. Everything came together seamlessly and the messaging on the work and the need for fundraising was effective and impactful, evident in the generous contributions of our guests helping us raise a record sum towards AIF’s mission for better education, livelihoods, and healthcare.”

New England board members Nithya & Navjot Singh said, “It is truly inspiring to see the true impact AIF is having in India.  We were equally excited to see the engagement of the New England AIF community and thankful for their generosity and big hearts.  We are also grateful to the volunteers, the entire NE board and to Sunita and Brian Pereira for their amazing leadership”.

The gala featured a performance by Krithi Nathan, Anugraha Raman and Trisha Das of a medley of Bollywood hits from the 50s to the present day. An elegant dinner was provided by Masala Art. Purpleganesh Photography and GH Videography recorded the evening.

The American India Foundation (AIF) is committed to improving the lives of India’s underprivileged, with a special focus on women, children, and youth. Because poverty is multidimensional, AIF does this through high-impact interventions in education, health, and livelihoods. AIF’s unique value proposition is its broad engagement between communities, civil society, and expertise, thereby building a lasting bridge between the United States and India.