“I have composed, written and sung over 20 songs, released numerus singles, released an EP,” Mr. Sundaram, who will turn 17 in August, told INDIA New England News. “My music is my creative outlet. I use my songs to tell stories not only my own experiences but to also express the experiences of my friends as we navigate our lives in high school.”

To listen to the album, please click here or on the image below.

Inside each song, Mr. Sundaram uses the lyrics to tell a certain story, and adds double and triple meaning to the words and phrases in his music, allowing for as much interpretation as possible.

“Music to me is an escape from reality, a land in which I can do nearly anything I want. If it fails, so be it. If it succeeds, I’ve discovered a new trick. One can’t mess up with music. There are no mistakes, only successes and learning opportunities,” said Mr. Sundaram. “Both my lyrics and melodies are symbolic in the songs I make, as my goal is to immerse the listener in a variety of emotions and melodies.” 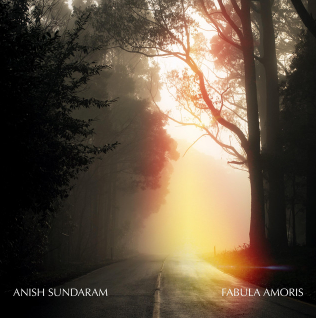 His EP, “Left to Burn”, was his first real step into music, and was devoted to exploring his own voice and musicality and to scratch the surface of what his musical ideals are. His latest single–I Don’t Need You– is much closer to the music Mr. Sundaram strives to create: a mix of a pop beats, RnB type vocals, and various melodies.

In addition to music, his hobbies include tennis, lifting, and finance. He has played tennis for nearly 6 years and has been a singles player in the AB varsity team for the past two years.

“Tennis is my favorite sport due to its unpredictable yet pattern-oriented nature. I also have an interest in nutrition and fitness and have been lifting weights for 3 years, focusing on becoming a better athlete, and a better all-round individual,” said Mr. Sundaram. “I am also interested in investing and always on the lookout for investment opportunities in the stock market to add to my portfolio.  I am currently applying to business school to pursue my dreams of entrepreneurship with an undergraduate degree in business, finance and marketing.”

In 2016, Mr. Sundaram received a commendation for heroic action and bravery from the Acton Police department for saving life of his father who became disoriented while driving and hit a car and apparently a few seconds later started to drive again and hit another car. The young Sundaram was able to stop his father from driving and called 911, got off the car and physically restrained him and prevented him from driving any further in his confused state and held him down till the police arrived.