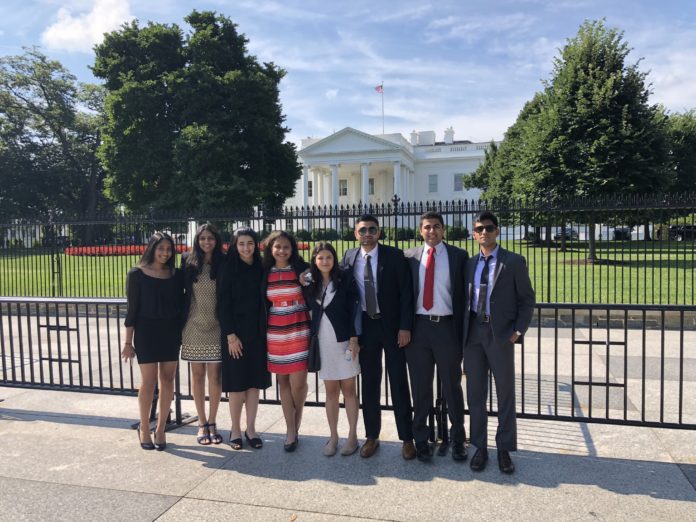 Eight fellows of South Asian descent were chosen from a competitive pool of over 110 applications. The fellows include high school and college students throughout New Jersey. The NJLP Fellowship Program will last six weeks, concluding in mid-August.

“We are excited to enter our fourth year of our NJLP Fellowship Program and have a stellar class of young fellows who are excited to learn, and participate in our local, state and federal levels of government, politics and leadership training,” said NJLP President Amit Jani.

The fellows will be placed in various federal, state and local elected offices throughout the state, including the New Jersey Department of the Treasury, Congressman Frank Pallone, Jr., Congresswoman Bonnie Watson Coleman, Congressman Tom Malinowski, as well as several State Legislators, including Senator Vin Gopal.

“Through the New Jersey Leadership Program Fellowship Program, we hope to expose our Youth Fellows to government and politics, as well as instill leadership skills that they can use in a public sector career or whichever path they pursue,” said NJLP Director of Programming Vinay Limbachia. “We spent a lot of time cultivating this year’s class of fellows and see much potential in their young careers and for their future ahead.”

Here are the names and bios of this year’s fellows: 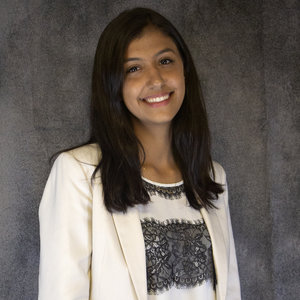 Ashana Makhija currently attends The Pingry School and will be entering her fourth year of high school. In her school, she is active in the Student Diversity Leadership Committee, the all female acapella group, Model UN, the tennis and track and field teams and the independent research teams studying the 3D movement of algae. She holds leadership positions as South Asian Affinity Leader and leader of her Independent Research Team. In 2016, she founded a social skills program for children with autism called Care for a Friend, and is currently the executive director. She currently resides in her hometown of Bridgewater, NJ.

Her career aspirations include majoring in health and life sciences with a minor in public policy in college, and becoming a leading STEM professional that works to strengthen the communications between scientific community and public office. She pursues her music interests outside of school with the Princeton Girl Choir, with which she has performed both nationally and internationally in the Vatican, Italy, Ireland, and Canada. Ashana decided to apply to be a New Jersey Leadership Program Summer Fellow because she sincerely believes that by participating in the program, she can foster a culture in which young, minority populations actively engage in civic affairs. 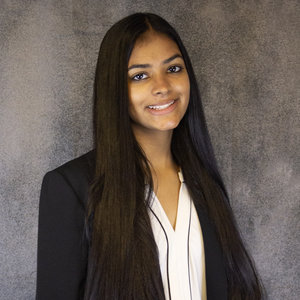 Moha Trivedi currently attends Watchung Hills Regional High School and will be entering her second year of high school. She is active in her school’s chapters of Model United Nations and Future Business Leaders of America; outside of school, she competes in Congressional Debate, is a member of the Somerset County Youth Leadership Program, and volunteers at Overlook Medical Center.  Furthermore, she acts as a lawyer for her school’s varsity mock trial team and writes for her school’s newspaper. She currently resides in her hometown of Warren.

Her career aspirations include pursuing further education in business and political science. She hopes to one day work as a corporate lawyer or work in finance on Wall Street. She is also interested in boxing, fencing as a member of her school’s team, and dance from the various forms she has learned including contemporary and Bharatnatyam. Moha decided to apply to be a New Jersey Leadership Program Summer Fellow because of her long standing interest in politics and the inner workings of the government. She hopes to learn about the complexity of public office, along with the problem solving skills and negotiation required to enact change in the community. 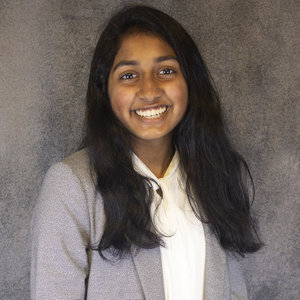 Her career aspirations include going into political science and becoming a congresswoman. She is also interested in investigative journalism. Esha decided to apply to be a New Jersey Leadership Program Summer Fellow because she wants to be part of a new generation of politicians who understand the importance of immigration, equal rights, and climate change. 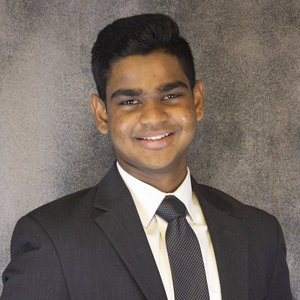 Sean Devasahayam currently attends John P. Stevens High School and will be entering his senior year. He is active in his school chapter of JSA, working for the Edison Young Democrats and the main Edison Democratic Party, and volunteering at the Hands of Hope Food Bank. He currently resides in his hometown of Edison.

His life and career goal is to fight for the ideas and policies he believes in, whether that be through working in a Congressional office, at a think tank, or even running for office one day. Sean is also interested in reading, writing, history, and baseball. Sean decided to apply to be a New Jersey Leadership Program Summer Fellow because he wanted to get more engaged in political action & enact positive change in his community & the country. 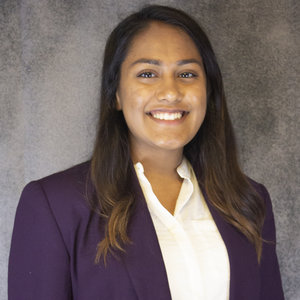 Sheaa Amin currently attends John F. Kennedy Memorial High School and will be entering her fourth year of high school. She is an active member of the Show Choir, School Play, National Honor Society, Science Honor Society, and Academic Team. She is the Vice-President of both the Women’s Choir and Key Club, and is a section leader in the Marching Band. Sheaa currently resides in her hometown of Iselin, NJ.

Her career aspirations include studying political science and law in college, and later becoming a public official working on Capitol Hill. She is also interested in singing, acting, playing her flute, and reading in her free time. Sheaa decided to apply to be a New Jersey Leadership Program Summer Fellow in order to learn more about pursuing a career in politics and to foster her passion about learning more about the relationship between the government and its constituents. She hopes to use her knowledge gained from this fellowship to create a positive and lasting impact on her community. 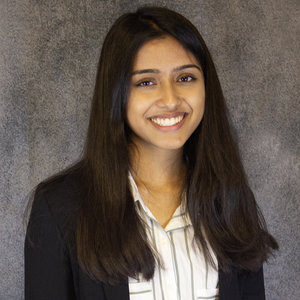 Tulip Sengupta currently attends South Brunswick High School and will be entering her fourth year of high school. She is active in the Junior State of America, Model United Nations, Amnesty International, and her local First Aid Squad. She holds leadership positions in the regional cabinet of the Junior State of America and on her class council. She currently resides in her hometown of South Brunswick.

Her career aspirations include fusing her passion for medicine with her passion for public policy. She is also interested in history, dance, and all types of books. Tulip decided to apply to be a New Jersey Leadership Program Summer Fellow because she is interested in getting more insight into the intricacies of the government while also working to leave a positive impact on her community. 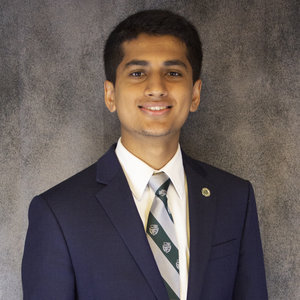 Yajur Sriraman currently attends Delbarton School in Morristown, NJ, and is a graduating senior. He will be entering his freshman year of college at Duke University this fall, where he plans on studying Public Policy and Global Health. He is Editor in Chief of his school’s newspaper, The Delbarton Courier, and is also a service coordinator for Morristown Neighborhood House, an after school care and tutoring center for underprivileged children. Additionally, he is an NJ State Associate for Unleashed, a non-profit organization that conducts evidence-based workshops about implicit bias discrimination for middle and high school students. He currently resides in his hometown of Watchung.

His career aspirations are to be a public policy/public health major in college and go on to hopefully enact policy change on a macro level, especially in health and education policy. As a hobby, he is an avid musician; he is the principal french horn for the Juilliard School’s PreCollege Division, sings in the Juilliard PreCollege Choir, and is a leading member of his high school’s music program. In addition, he enjoys keenly following sports and politics, and debating with friends on both sides of the aisle. He decided to apply to be a New Jersey Leadership Program Summer Fellow to gain valuable insight and knowledge of the political world, and to get an up-close view of governmental processes. He hopes to take what he learns from this program and use it as a building block for his long term goal of working to fix societal disparities.

Ojas Chitnis currently attends Sayreville War Memorial High School and will be entering his third year of high school. He is active in his local Leo Club, his high school’s FBLA and Model UN chapters, and his high school’s Odyssey of the Mind, Tennis, Yearbook, Science Olympiad, and Math Olympiad teams. He serves as the President of his Leo Club, President of his Model UN chapter, and as a Sophomore Executive for his FBLA chapter, among other leadership and community roles. He has been honored to receive the President’s Volunteer Service Award (Gold Level), the Melvin Jones Fellowship, and OMER’s Award. He currently resides in his hometown of Parlin, where he hopes to make a difference in the lives of those that he touches.

His career aspirations include working in public policy, corporate social responsibility, and motivating youth to volunteer for social causes. He is also interested in history and technology. Ojas decided to apply to be a New Jersey Leadership Program Summer Fellow because of his avid interest in sociology, his desire to serve his local community, and his deep desire to learn more about the American governmental system. Through this fellowship, he hopes to acquire the skills needed to become involved in policy making and public administration.