Sarasa Natya Academy, under the direction of Preethi Ramesh presented their annual day celebration last month at the Chinmaya Maruthi Auditorium in Andover, MA.  The program featured around 80 dancers ranging in age from 5 to adult.

The show opened with Mallari which is a unique piece of music played on nadhaswaram when the presiding deity of a temple is taken on procession which was performed by Shreya, Siri, Anami, Varalika, Amrita and Aashana. Followed by Ganesha Kavuthuvam in Ragam, Nattai. Kavuthuvam means hymn. It is performed as part of daily rituals or during occasions such as religious festivals in temples. A usual feature of a Kavuthuvam is the close intertwining of the lyrics and the rhythmic syllables. This kavuthuvam is in praise of Lord Ganesha, the elephant-headed God. This piece was performed by Nilanjana, Sahasra, Shriya, Dia, Druthi, Maya, Siya, and Nidhi. 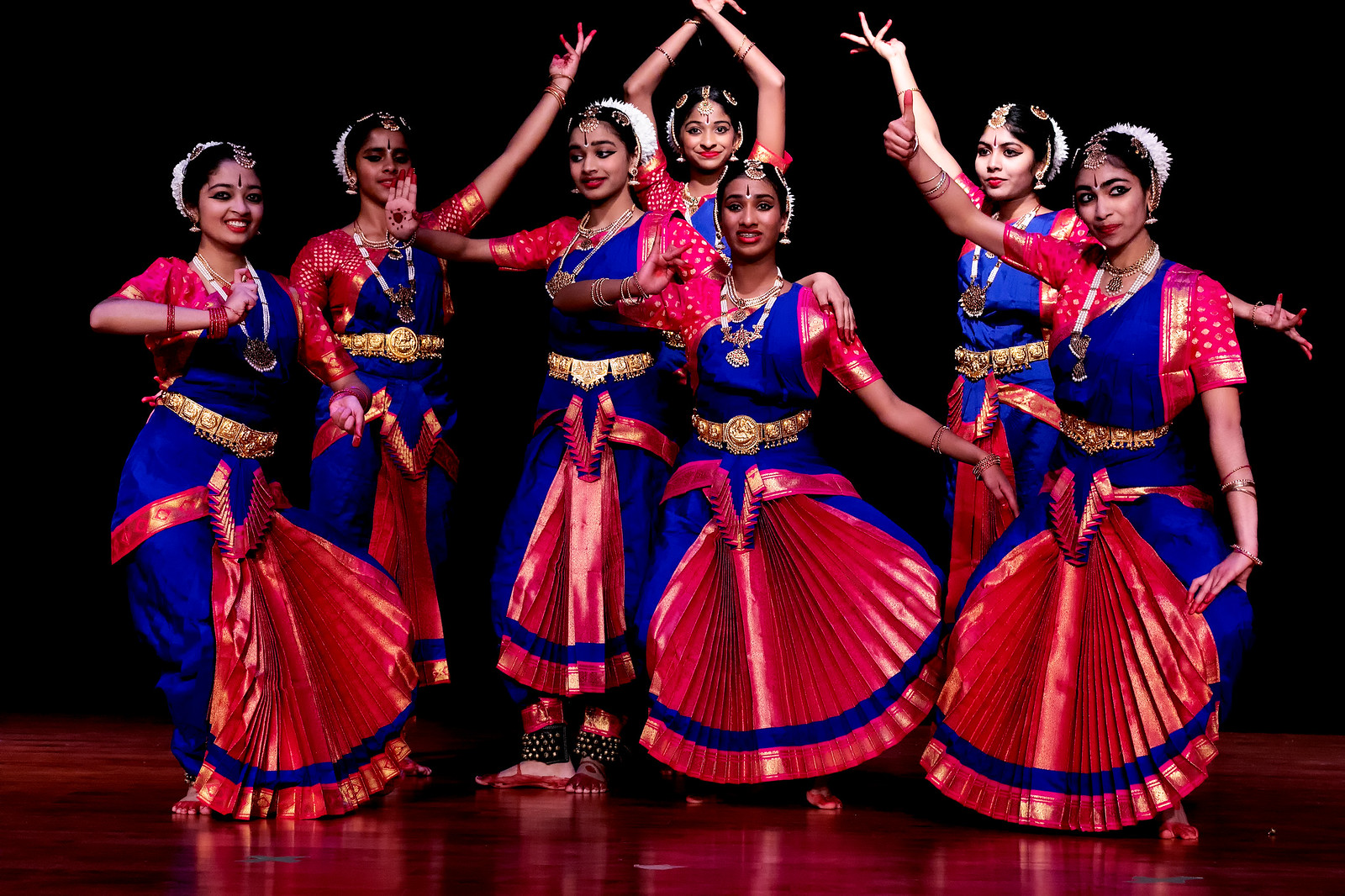 Natesha Kauthuvam was the next performance in Ragam Hamsadvani by Apurva , Deeksha,  Aahana, Ashrita, Aadhya, Pavitra and Anika. This is an invocatory piece song in praise of Lord Shiva which was followed by Aadinaye Kanna, A beautiful composition of Ambujam Krishna in Ragam Mohanakalyani describes, Oh Krishna, you danced with the gopis of unequalled beauty , who have searched for and come seeking only you, on the banks of the Yamuna in the moonlight. Anjana, Ananya, Vaishnavi, Priyanka, Divya, and Adriti did an amazing job in performing this.

Next performance was Slokam by Shibani, Hasini, Diya, Aanya, Gayathri, Medha, Diya, Shriya and Anishafollowed by Natanam Aadinar in Ragam Vasantha by Shreya, Siri, Anami, Varalika, Amrita, Racheal and Aashana. Preethi’s choreography and the dedicated efforts she put in for this performance showed in each in every kid’s performance. It was a treat to witness.

Pushpanjali by Apurva, Deeksha,  Aahana, Ashrita, Aadhya, Pavitra, Anika, Nilanjana, Sahasra, Shriya, Dia, An offering of flowers through dance to seek the blessings of Lord and Guru was followed by Allaripu. Druthi, Maya, Siya, Nidhi, Saral, Radha and Shriya explored the various movements of the eyes, neck, shoulders and arms. Jatiswaram, a pure dance which has the adavus or steps set to Jatis or beats and Swara patterns was performed by Saanvi, Sofia, Akshaya and Sasha. 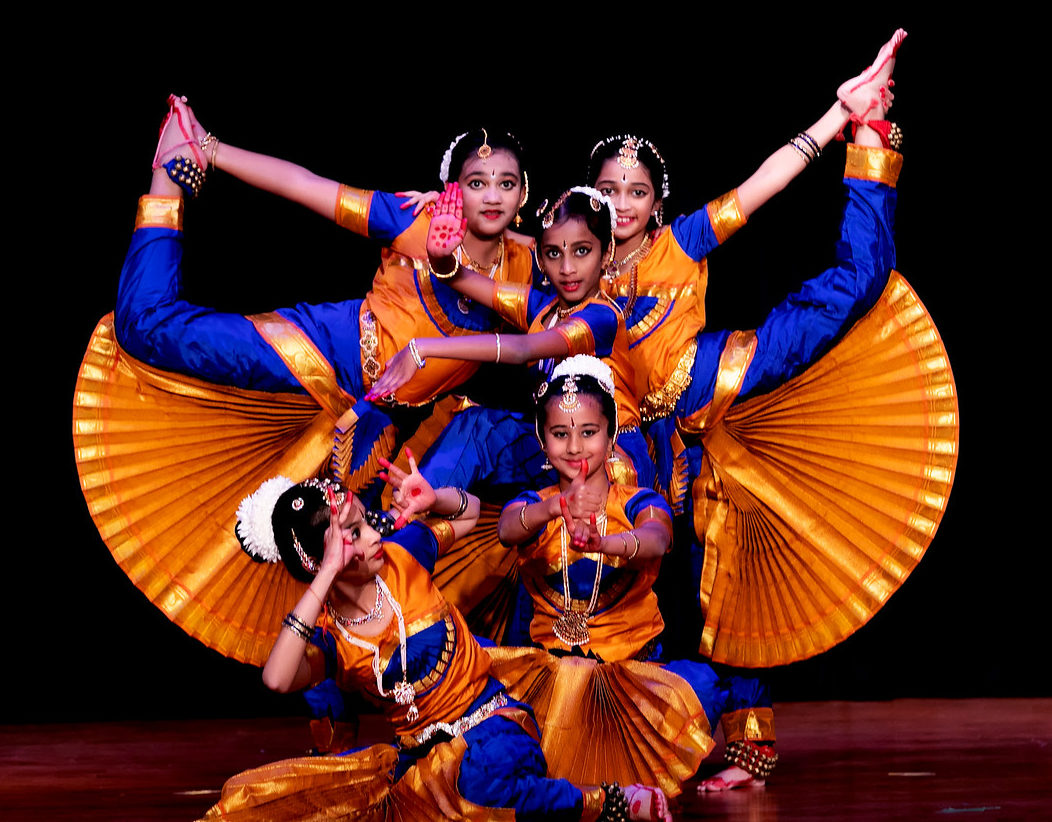 Varnam, a central piece in a Margam is a test to dancers strength and stamina. This is a rare Dharu varnam on Goddess Devi describing her birth and marriage and how she killed Mahishasuran, composed by Muthiah Bhagavadhar. Anjana, Ananya, Vaishnavi, Priyanka, Divya, Shreya and Adriti did an amazing job on this performance.

My favorite was Kuzhaloodi Manamellam, a well-known and well-loved song on Lord Krishna composed by Oothukadu Venkata Subbaiyer. Shreya, Siri, Varalika, Amrita , Aashana, Mithra and Racheal stole the hearts of audience by performing this amazing piece choreographed by Preethi.

Ananya, Amrita, Nithya, Tharuni and Shalu performed Thillanas, a pure dance form which demonstrates the bharathanatyam adavus which was followed by Bho Shamboo, a solo performance by Vaishnavi Murthy. This wonderful and soulful composition by Dayananda Saraswathi is in praise of Shiva, the self-appeared one who is beyond space and time. 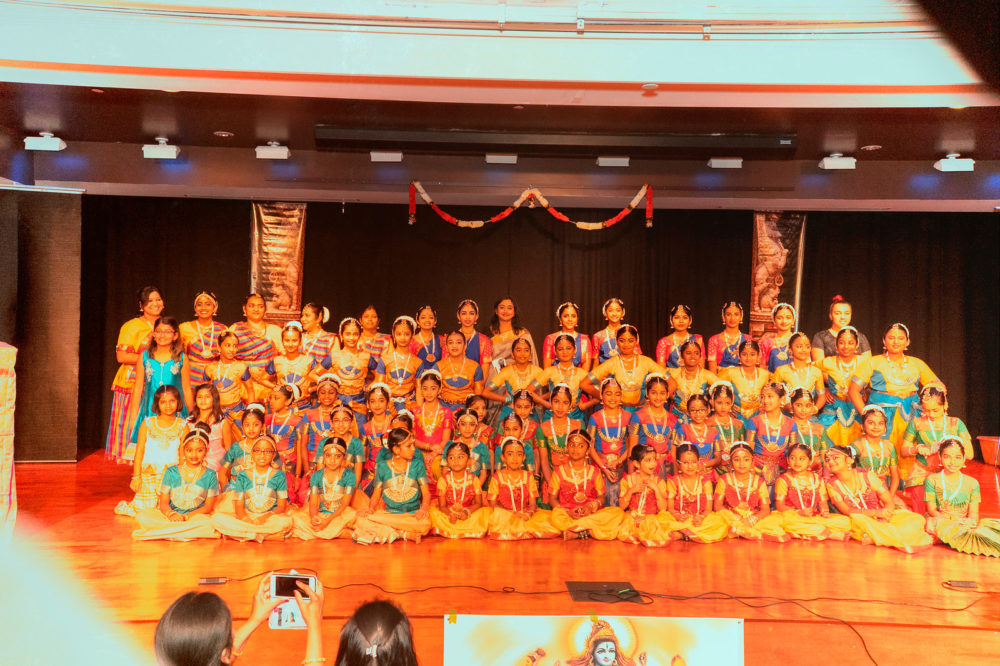 Varnam on Muruga by Anjana Muraleedaran and Devi Stuti by Priyanka Rajaram were the back to back solo performances which made the audience indulge in the beautiful pada varnam composed by Papanasan Sivan on Lord Muruga and a very rare composition on Devi bringing out the beauty of Devi and how she killed Mahishasuran.

What a pleasure to have Ananya, Amrita, Nithya, Tharuni and Shalu on stage again for Brahmam Okade! a folk song on Lord Venkateswara. A very vibrant composition of Annamacharya. These young kids demonstrated how to put dedication, passion, hard work and perfection into their performance.

Sarasa Natya Academy completed 7 years and this Annual day celebration shows the years of hard work by Preethi Ramesh. I would like to congratulate Preethi on creating a lovely presentation that highlighted the ability of the students at all levels. Thanks to her family for providing the marvelous support that she needs to dedicate for teaching this divine art form. I wish Preethi Ramesh and her students more success and growth in the decades to come.