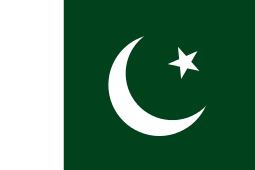 Islamabad–Despite generous funding from foreign donors to transform the educational sector in Pakistan and the claims by various governments regarding improvements, there are almost 23 million out-of-school children in the country, the second highest number in the world, a report said.

The findings were made public in the report titled, “Why can’t Pakistani children read?” by published by the Wilson Center’s Asia Programme, The Express Tribune reported on Monday.

The report highlighted the weaknesses of the Pakistani educational system and the reasons why schools were unable to impart skills necessary for reading and learning.

Researched and authored by Nadia Naviwala, a Wilson Center global fellow and former public policy fellow, the report is based on visits to about 100 Pakistani classrooms, discussions with government ministers, other senior officials, technical experts, and international donors; and interviews with teachers and students.

Therefore, the poor quality of education and students’ inability to read and learn is a matter of great concern for donors as well as policymakers.

It added that despite being enrolled in schools, only less than half of third graders in Pakistan can read a sentence in Urdu or local languages primarily because of the use of foreign languages in education. As a result, students fail to comprehend their lessons, leading to a massive drop-out ratio.

Speaking at the launch ceremony of the report on Monday, Naviwala cited the example of a girls’ community school in the outskirts of Peshawar that she visited where only one student out of a total of 120 could read, reports The Express Tribune.

“(The kid who could read) came from a private school and he too reads stutteringly,” Naviwala said. “These kids speak Pashto and are not Urdu speakers. When they come to school, they learn to read and write in Urdu and English – which they don’t understand. Once they get to grade one, they have books in four languages – Urdu, English, Arabic and Pashto.” (IANS)