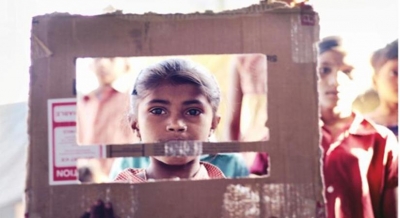 London– Parents, take note. You need to be cautious while speaking in front of your young children, as a new study suggests that they determine emotion by what they hear, rather than what they see.

“Our study found that young children over-rely on what they hear to make judgements about the emotions of a situation. With so many children spending much more time at home currently, there is huge value in considering what they may hear and pick up on,” said lead researcher Paddy Ross from Durham University in the UK.

According to the researchers, the findings may also provide new avenues to understanding emotional recognition in children with developmental challenges such as autism.

For the study, the researchers undertook two experiments with volunteers in three age categories (seven and under, eight to 11, and more than 18).

The research was designed to test whether the previously identified ‘Colavita effect’, which had shown that from around the age of eight years old humans tend to respond more to visual rather than auditory stimuli, held true for more complex situations such as emotional recognition in young children.

The volunteers were shown pictures of humans, with faces blurred, for the visual stimuli and human voices for the auditory stimuli, which conveyed happy and fearful and sad and angry emotions.

The stimuli were presented both on their own, and in corresponding and contrasting combinations, and participants were asked what the over-riding emotion was in each.

The team found that when the visual and auditory stimuli were combined, adults based their emotional assessment on what they could see whereas young children overwhelmingly gave precedence to what they could hear. (IANS)