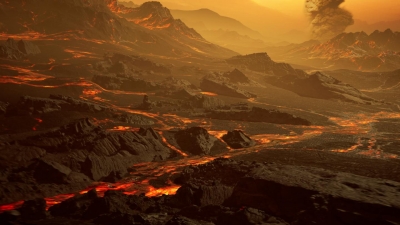 Sydney– A rocky “super-Earth” planet discovered in the Virgo constellation could change how astronomers look for life in the universe, suggests new research.

It is an astronomer’s dream as the newly discovered planet could offer the best chance yet of studying rocky planet atmospheres outside the solar system.

The planet, called Gliese 486b (pronounced Glee-seh), is a ‘super-Earth’: that is, a rocky planet bigger than Earth but smaller than ice giants like Neptune and Uranus.

It orbits a red dwarf star around 26 light-years away, making it a close neighbour — galactically speaking.

With a piping-hot surface temperature of 430 degrees Celsius, Gliese 486b is too hot to support human life.

But studying its atmosphere could help scientists learn whether similar planets might be habitable for humans — or if they are likely to hold other signs of life, according to the findings published in the journal Science.

“This is the kind of planet we’ve been dreaming about for decades,” said co-author of the study Ben Montet, Lecturer at University of New South Wales (UNSW) Sydney in Australia.

“We’ve known for a long time that rocky super-Earths must exist around the nearby stars, but we haven’t had the technology to search for them until recently.

“This finding has the potential to transform our understanding of planetary atmospheres.”

Like Earth, Gliese 486b is a rocky planet — but that’s where the similarities end.

It is 30 per cent bigger and almost three times heavier than Earth. It is possible that its surface — which is hot enough to melt lead — may even be scattered with glowing lava rivers.

Super-Earths themselves are not rare, but Gliese 486b is special for two key reasons: firstly, its heat ‘puffs up’ the atmosphere, helping astronomers take atmospheric measurements; and secondly, it’s a transiting planet, which means it crosses over its star from Earth’s perspective — making it possible for scientists to conduct in-depth analysis of its atmosphere.

“Understanding super-Earths is challenging because we don’t have any examples in our backyard,” said Montet.

A planet’s atmosphere can reveal a lot about its ability to support life.

For example, a lack of atmosphere might suggest the planet’s nearby star is volatile and prone to high stellar activity — making it unlikely that life will have a chance to develop.

On the other hand, a healthy, long-lived atmosphere could suggest conditions are stable enough to support life.

Both options help astronomers solve a piece of the planetary formation puzzle.

“We think Gliese 486b could have kept a part of its original atmosphere, despite being so close to its red dwarf star,” said Montet.

“Whatever we learn about the atmosphere will help us better understand how rocky planets form.” (IANS)