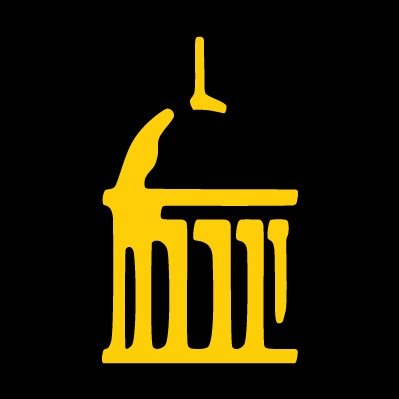 The study, by the University of Iowa College of Public Health and published online in October, highlights the relationship between adverse birth outcomes and sanitation access, domestic water-fetching, crime and gender-based harassment.

Among women without a household water source, two hours was the median time they trekked to collect water, the study reported. It suggests physical and psychosocial stress are possible mechanisms by which water, sanitation and hygiene (WASH) access affects pre-term births (PTB) and low birth-weight (LBW) among Indian women.

“What we think is most likely is that carrying heavy loads of water requires a lot of calories, and that many women aren’t consuming enough healthy food during pregnancy to sustain the micronutrient needs to grow a healthy baby,” said study co-author Kelly Baker, an assistant professor of occupational and environmental health.

Pregnant women need to consume 300 extra calories per day of nutritious food to give the foetus adequate nutrition. “Recent studies have linked maternal malnutrition to low infant birth weight, and our study is suggesting a mechanism for why pregnant women may be malnourished,” Baker told Mongabay-India.

The State of the World’s Water Report 2018 reveals that in India, nearly 163.1 million people lack access to clean water close to home, despite the country being among world’s most-improved nations for reaching the most people with clean water.

The present study contributes to the limited evidence related to environmental causes of PTB and LBW by demonstrating that lack of household WASH infrastructure and social factors, like crime and harassment of women and girls, are risk factors for adverse birth outcomes in women in low- and middle-income countries, the researchers write.

The researchers culled data from the India Human Development Survey. The survey asked women about their drinking water source, walking time to that source, time spent fetching water, sanitation (toilet) access, harassment of women and girls and local crime among other queries.

They examined the effect of pre-birth WASH and social conditions on self-reported PTB status and LBW status for 7,926 women who gave birth between 2004 to 2005 and 2011 to 2012. Of these women, 14.9 percent experienced premature birth and 15.5 percent delivered a low birth weight baby.

Baker goes on to say that one of the most important limitations in their study was reliance upon self-reported behaviours, experiences, and birth outcomes, which may have been prone to response bias. Also, the amount of information collected about WASH and social capital was limited.

In November, India restructured its National Rural Drinking Water Programme with a goal to reach 90 percent of rural households with piped water by 2022. As per government data, only 56.3 percent of the rural population has piped water supply.

Western Sydney University’s Basant Maheshwari who works on sustainable groundwater use and management observed women also make substantial use of groundwater for productive purposes. In most developing countries, like India, the trend is that women are responsible for household water collection and water use and management, including promoting hygiene within the household and community.

Despite women’s significant role in water use and household management, their needs and uses of water are not often represented in water resource management policies or projects, according to a 2017 study co-authored by Maheshwari which looked at the gendered roles and responsibilities of water usage and collection in two watersheds of rural India.

Analysis of surveys across Meghraj watershed in Gujarat’s Aravalli district and the Dharta watershed in Rajasthan’s Udaipur district revealed that enhanced access to reliable and proximate water supply reduces the time spent by women in collecting water and the proportion of hard labour performed by them.

The results confirm that a large number of women continue to travel many times a day to collect water for various uses. Women travelled an average of three times in a day for 50-77 minutes per trip to collect drinking water, depending on the season.

The responsibility of collecting water for drinking, domestic and livestock use also means girls are late to school or end up missing school altogether.

Further, the outcome highlighted the need for planners and policy decision makers to recognize the diverse roles that women play in groundwater use and management. (IANS)