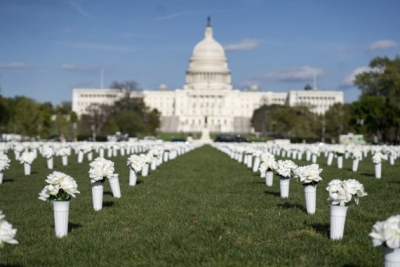 Washington– Homicides in the US rose nearly 30 per cent last year from 2019, according to the Federal Bureau of Investigation’s (FBI) Uniform Crime Report for 2020.

“In 2020, there were an estimated 1,277,696 violent crimes,” Xinhua news agency quoted the report published on Monday as saying.

The 2020 jump in homicides marked the “largest single-year increase” that the FBI has seen since it began collecting the data in the 1960s, according to a CNN report.

Violent crime in the country went up by 5 per cent from 2019 to 2020, while overall crime fell 6 per cent during the same period, according to FBI data.

This is the first time in the past four years that the estimated number of violent crimes in the US increased from the previous year, said a The Hill news report.

The estimated number of robbery offenses fell 9.3 per cent and the estimated rape offenses decreased 12.0 per cent last year in comparison with 2019, the FBI added.

About 85 per cent of FBI agencies that were eligible to participate in the report submitted data, according to the FBI.