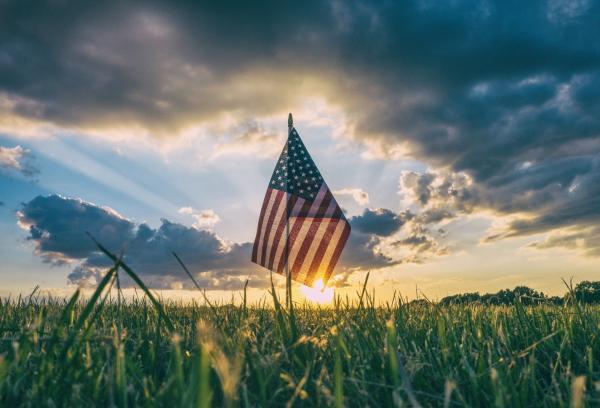 New York– Set your reminders for 7 p.m. EST on November 3 – that’s 5.30 a.m. IST on November 4 – for the first US election results from any state to drop. In six of 50 states, the last polls close at 7 p.m. EST and among those, watch for Georgia trends, because Donald Trump and Joe Biden are running close. The winner takes home 16 electoral votes.

The five other states from where we can expect results in the 7 p.m. rundown are solidly red (Republican) or blue (Democrat), so no surprises there: Biden is a heavy favourite in Vermont and Virginia, and Trump is expected to snag South Carolina, Indiana and Kentucky.

About half an hour later, at around 7.30 p.m. IST (6 a.m. IST), polls close in three more states: North Carolina (15), Ohio (18) and West Virginia (5). The numbers in parenthesis are the electoral votes for each state. Biden leads in North Carolina, and Ohio is in play. West Virginia is very red on the polls right now, Trump is expected to coast there.

At 8 p.m. EST, 19 states close their polls. This list includes the big prizes of Pennsylvania (20) and Florida (29). Maine’s second congressional district (1) is competitive too. These are the three to track. Trump’s narrow and most uncomplicated path to victory is pinned on Florida and Pennsylvania.

The way things are shaping up at the intersection of mail voting, early voting and counting, don’t expect winner projections from Penn State anytime soon on November 3. One candidate may snatch an early lead based on election day voting, the other may have an edge in mail votes, so Wednesday (Nov 4, US time) is probably when that picture will become clearer.

Florida is different, in terms of sheer speed. From what state election officials have been saying so far, they’ll be able to report numbers at lightning speed, including the mail in votes. Very good chance we’ll know who won Florida by midnight EST (10.30 a.m. IST, November 4).

In Iowa, the last of the toss up states, polls close at 10 p.m. EST (8.30 a.m. IST). All the polls closing after that are in states that are solid red or blue. The race won’t change much there. Alaska and Hawaii are the last two in the bag, shuttering at midnight and 1 a.m. EST.

By midnight on November 3, it’s likely that the networks won’t be able to announce the final winner but if the Florida result is in, we’ll have a good idea how which way it’s tilting by then.

The state of the race, right now, according to an NBC News/Wall Street Journal poll hot off the press: “Democrat Joe Biden maintains his double-digit national lead over Republican President Donald Trump in the final national NBC News/Wall Street Journal poll before the 2020 presidential election, with six-in-10 voters saying the country is on the wrong track, and with a majority disapproving of the President’s handling of the coronavirus. Biden is ahead of Trump nationally by 10 points among registered voters, 52 percent to 42 percent, in what has been a remarkably stable race over the course of a tumultuous year in American politics.” (IANS)