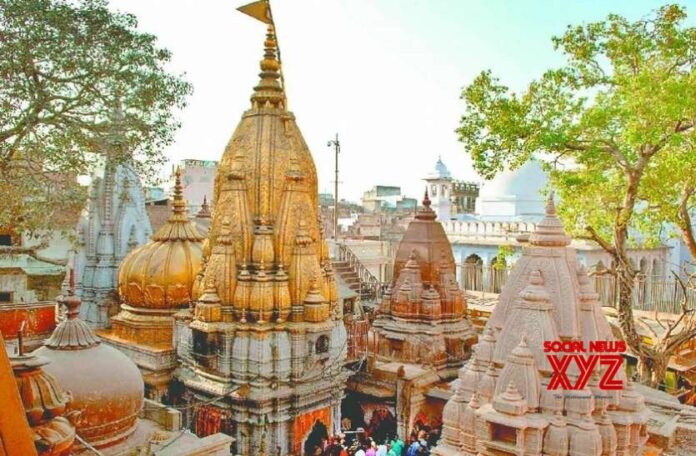 Varanasi– The ambitious Kashi Vishwanath corridor project of Prime Minister Narendra Modi has started taking shape and the corridor is being embellished with the red sandstone of Chunar and from Odisha.

According to Chief Executive Officer, Sunil Verma: “The surface and the walls of the temple are being made of Baleshwar stones and the flooring of the corridor will be done with Makrana marble. Designing of the corridor has been done with Kota granite while Mandana stone, which looks similar to the red sandstone of Chunar, is used in the making of stairs.”

A total of 24 buildings will be constructed from the temple to Ganga Ghat out of which work on 19 buildings has been started.

The design of the Kashi Vishwanath Corridor Project is done in a way that ensures visibility of the temple directly from the Ganga Ghat.

The construction of the corridor is spread in an area of 5 lakh square feet with a number of facilities for the devotees.

Mumuksh Bhawan, virtual museum, city gallery, guesthouse, spiritual book centre, and passenger facilitation centre are among the buildings that are being built.

The Kashi Vishwanath Corridor is a dream project of Prime Minister Narendra Modi that is being constructed under the supervision of Chief Minister Yogi Adityanath.

The project, whose foundation was laid by the Prime Minister in 2019, is likely to be completed by August 2021. (IANS)