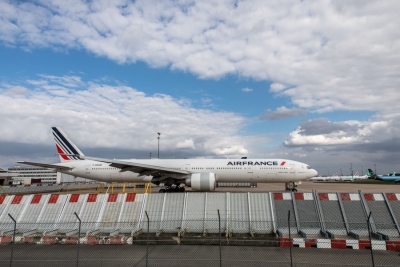 Paris– Air France has suspended two pilots after an altercation in the cockpit during a flight from Geneva to Paris in June 2022, the local media reported.

The flag carrier confirmed that, following a disagreement between the two pilots at the controls of an Airbus A320 in June, inappropriate gestures were exchanged, Xinhua news agency quoted French newspaper Le Figaro as saying on Monday.

“The pilots concerned are currently stopped from flying and are awaiting a managerial decision which will rule on the outcome,” Air France said.

The incident occurred shortly after takeoff during the climb phase.

The co-pilot apparently refused to follow an instruction, and the two pilots grabbed each other by the collar while remaining in the cockpit, Le Figaro said in its report.

“The incident ended quickly without affecting either the conduct or the safety of the flight, which continued normally,” Air France emphasized.

The French authority responsible for investigating aircraft accidents, the Bureau of Enquiry and Analysis for Civil Aviation Safety (BEA), noted in a recent report a recurrence of incidents involving Air France crew where safety rules were ignored.

The BEA called on Air France to prioritize compliance with procedures within the company’s safety culture. (IANS)

Thailand expects to earn $64 bn in tourism revenue next yr

Majestic train journeys to witness the beauty of Southern India

Long-distance trains in US cancelled ahead of potential strike

A first-of-its-kind journey along India and Pakistan border