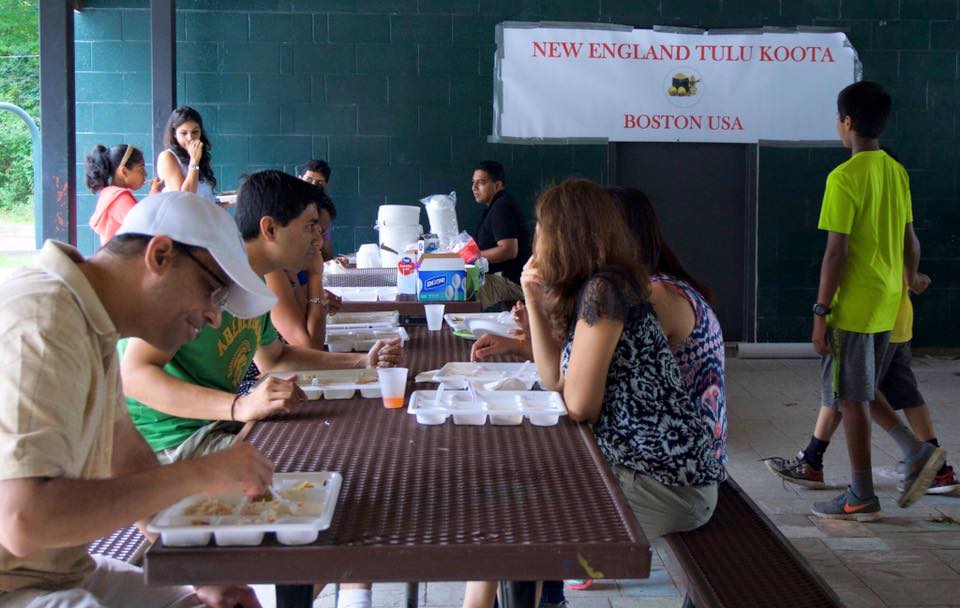 ANDOVER, MA– Tulunadu become alive in Massachusetts this month as New England Tulu Koota (NETK) members convened for their annual get together aptly named ‘Jokulatige’ or child’s play earlier this month at the picturesque  and shaded picnic grounds of Pomps Pond in Andover, MA.

The ‘Jokulatige’ event was replete with music, fun and games and exotic cuisine from the far away land colloquially referred to as Tulunadu or land of the Tulu-speaking people.

The Tulu language is seriously being lobbied for inclusion in the list of official languages in India given its widespread use in the region bounded by the river Suvarna in Udupi district in Karnataka state to the river Chandragiri in Kerala and extending from the Western Ghats to the Arabian Sea. 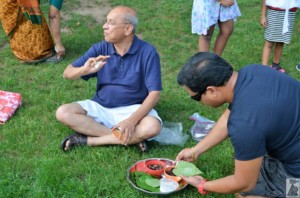 In addition to these contributions, the Tuluvas have been solely responsible for popularizing south Indian vegetarian cuisine such as dosas, vadas, etc., nationwide in India through restaurants popularly known as ‘Udupi hotels’.  However, this does poor justice to the vast array of delectable dishes indigenous to the area that are never normally served in any restaurant.  It was this collection of exotic local fare that made its way to the ‘Jokulatige’ event brought in by the various members of the group to share while reminiscing about the far away land that they had left behind.

After the scrumptious meal, the picnickers gathered in the playfield splitting into groups to play games of their choice. These included badminton, volleyball, basketball, and of course cricket. An interesting highlight of the afternoon were two games, lagori and tharai kattuni played by children and adults. Children were delighted to learn of these new games that their parents played when they were children. Toddlers played at the other end of the field by the swings and the monkey bars. The older children competed in running, tug-of-war and archery events.  This was followed by an award ceremony wherein the winners of the various sporting events were presented with certificates of sportsmanship.  The picnic revelers were then treated to Mangalore buns freshly fried on the premises of the picnic field served along with steaming hot chaa.

The ‘Jokulatige’ picnic event served to reinforce the close ties among existing members and drew in several new members from neighboring states such as New Hampshire, Connecticut and New York. The success of yet another delightful picnic was due to the outstanding efforts of an amazing and passionate team of volunteers including Puja Shetty, Sharat Amin, Aneesh Puttur, Vivek Hegde, Fred Fernandes, Prabhakara Bhat, Sudhakara Rao and Koota President Bhaskar Sherigar.