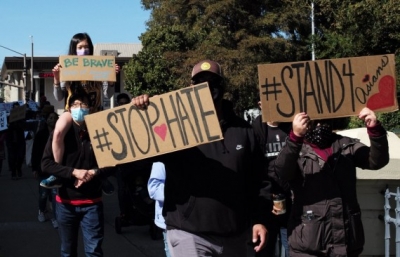 Washington– The three white men convicted of murdering African American Ahmaud Arbery were found guilty of hate crimes by a federal jury in the southeastern US state of Georgia on Tuesday.

The jury found father and son Greg and Travis McMichael and their neighbour William “Roddie” Bryan guilty of all the federal charges they individually faced, including hate crimes, attempted kidnapping and the use of a firearm to commit a crime.

The McMichaels and Bryan chased Arbery, a 25-year-old African American man who was jogging on the public streets of a Brunswick neighbourhood in Georgia, in trucks on February 23, 2020.

Arbery was running with his hands empty and in plain view while never did he speak a word to his killers, nor make any threatening sound or gesture, according to court documents.

All three men were previously convicted of murder in a Georgia state court and sentenced to life in prison for the fatal shooting.

“We as a family will never get victory because Ahmaud is gone forever,” Ahmaud Arbery’s mother, Wanda Cooper-Jones, said outside the federal courthouse in Brunswick.

“No one should fear that if they go out for a run, they will be targeted and killed because of the colour of their skin,” Attorney General Merrick Garland said in a statement.

The state of Georgia declared February 23 as Ahmaud Arbery Day to mark the gravity of his death and the subsequent criminal and federal cases. (IANS)