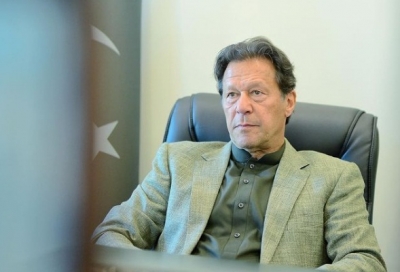 New Delhi– In what can be termed as another political gimmick, Pakistan Prime Minister Imran Khan has expressed his desire to have a television debate with Prime Minister Narendra Modi to resolve the differences between the two nations.

“I would love to debate with Narendra Modi on TV,” Imran Khan said in an interview to Russia Today.

The Pakistan Prime Minister has asserted that it would be “beneficial” for the 1.7 billion people in the subcontinent if differences (between Pakistan and India) are resolved through debate.

Claiming that his government’s policy is to have trade relations will all countries, Khan said, “India became a hostile country, so trade with them became minimal,” according to Russia Today.

The interview came on the eve of Khan’s visit to Moscow.

The Pakistan Prime Minister will meet Russian President Vladimir Putin during his two-day visit to the country, which is considered crucial as it will be the first visit by a top Pakistan leader to Russia in more than 20 years.

Talks on economic cooperation is reported as the agenda of the meeting. (IANS)