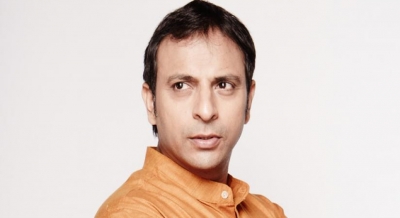 New Delhi– “Class Of ’83” actor Joy Sengupta, who is just as popular in the world of films as that of theatre, says that it is the medium of theatre, if followed properly, that teaches, trains, and polishes one to be a complete performer.

Sengupta, who acts in plays like ‘Dance Like a Man’ and ‘Ladies Sangeet’ by Zee Theatre, believes that theatre is a medium where the actor is the chief interpreter of the text of the play of life.

”An actor creates life and lives out the truth right in front of the audience while they respond to him or her. The faculties of an actor hence have to be at their optimum level of competence. The training has to be near perfect, the craft has to be polished, the technique has to be flawless. That is when truth is lived and communicated and the audience goes back home with lingering questions and comes back to theatre again and again,” Sengupta told IANSlife.

Theatre serves the audience by enriching their life experience but the service is rendered primarily through the actor, he adds.

Sharing his thoughts on acting on stage versus screen, Sengupta stated: ”There is no place to hide for an actor on stage unlike in cinema where an actor can hide behind various technological techniques, and a performance can be enhanced by various means and devices. There is an editing process which can take away the bad stuff, keep the good stuff and create magic. There are effects and special effects which enhance the image and then of course there are camera angles and lenses which interpret an actor’s acting in a flattering way.”

“So, cinema is a medium where an actor, and even a non–actor can be helped to communicate what the Director wants him or her to communicate but in theatre when the actor is on stage there is no one and nothing that can save him or her,” he concludes. (IANS)