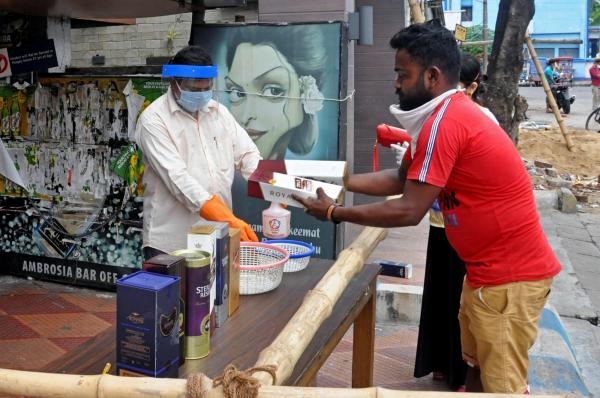 Chennai– Tamil Nadu State Marketing Corporation (Tasmac), the state government entity that sells liquor has netted Rs 210 crore from sale of liquor on Saturday on the eve of the lockdown of Sunday. Tasmac shops remain closed on Sunday due to the lockdown.

According to a statement from Tasmac Chennai, three adjoining districts of Kancheepuram, Chengalpattu and Tiruvallur accounted for 25 per cent of the total liquor sale on Saturday.

Generally, the combined weekend sale of Tasmac liquor outlets on Saturday and Sunday touches Rs 300 crore on an average.

The Tasmac is divided into five zones — Chennai, Coimbatore, Madurai, Trichy and Salem and there are around 30,000 employees working in the organization that sells liquor in retail and wholesale markets of the state.

Recently the contractors attached with Tasmac had conducted a protest march to the residence of Tamil Nadu Minister for Excise and Prohibition, Senthil Balaji alleging discrepancies in the awarding of contracts to retail food outlets attached with the Tasmac shops.

A total lockdown is in force in Tamil Nadu and people are allowed to move out only in emergency situations including health emergencies and other inevitable work. Heavy police deployment has been made across the state and all the areas bordering Kerala, Karnataka, Andhra Pradesh, and Puducherry are being strictly monitored by the state police. (IANS)