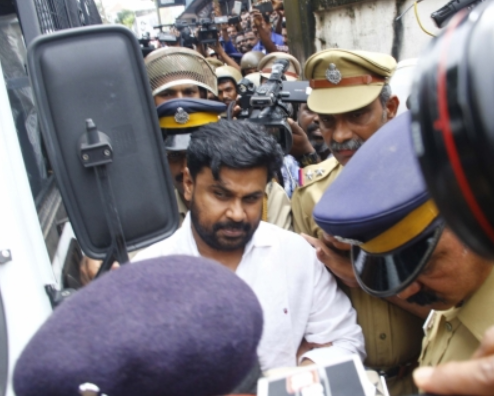 Thiruvananthapuram–Kerala Police has registered a non-bailable case against Malayalam superstar Dileep, his brother Anoop, his brother-in-law Sooraj and other family members. The case was registered following a revelation by a close friend of the actor and Malayalam movie director Balachandra Kumar.

Dileep was arrested in 2017 and lodged in prison in a case related to a gang sexually assaulting a front-line heroine of South Indian movies and filming the scenes. Police later tracked the gang to Dileep and the actor was arrested in July 2017 and jailed. After two months in jail, he was released on bail and the trial in the case is on.

Balachandra Kumar who has recently fallen out with Dileep had told Police that the actor is in possession of a few clips of the female actor who was sexually assaulted.

On Sunday Deputy SP of Kerala Police Biju Paulose who was the investigating officer lodged a complaint with the Kerala police stating that Balachandra Kumar has deposed that Dileep while watching a YouTube video at his home of former Aluva Rural district police superintendent, A.V. George said that he would do away with the officer as well as other four officers who were responsible for arresting him.

He, according to the deposition of the director, had said that he would cut and remove the right hand of Superintendent of Police Sudarshan who had allegedly assaulted him during police custody. The director also said that one of the accused had told Dileep that for this he will have to spend Rs 1.5 crore for a gang of rowdies who can be engaged for the job.

The Malayalam Superstar, according to Balachandra Kumar also openly said that Kerala DGP, B. Sandhya, ADGP Sreejith, SPs A.V. George and S. Sudarshan, and Dy SP Byju Paulose are on the list of officers who would be attacked and done away with.

Police registered an FIR against Dileep and his relatives and investigations are on. (IANS)