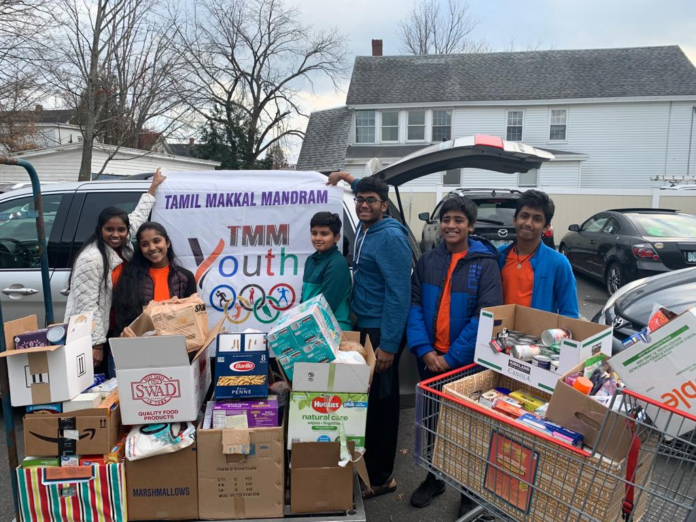 Kids collected approximately 300 pounds of donations from local neighborhoods, Shishu Bharati, Kumon, the Nashua temple, schools and other parts of Nashua and Massachusetts. In addition to that many of volunteers went door to door and some even received donations from people dropping them off at volunteer’s houses.

“We would like to thank all of the generous people who have donated to us and hope we can continue donating throughout the year to various causes the help communities in need,” organizers said. 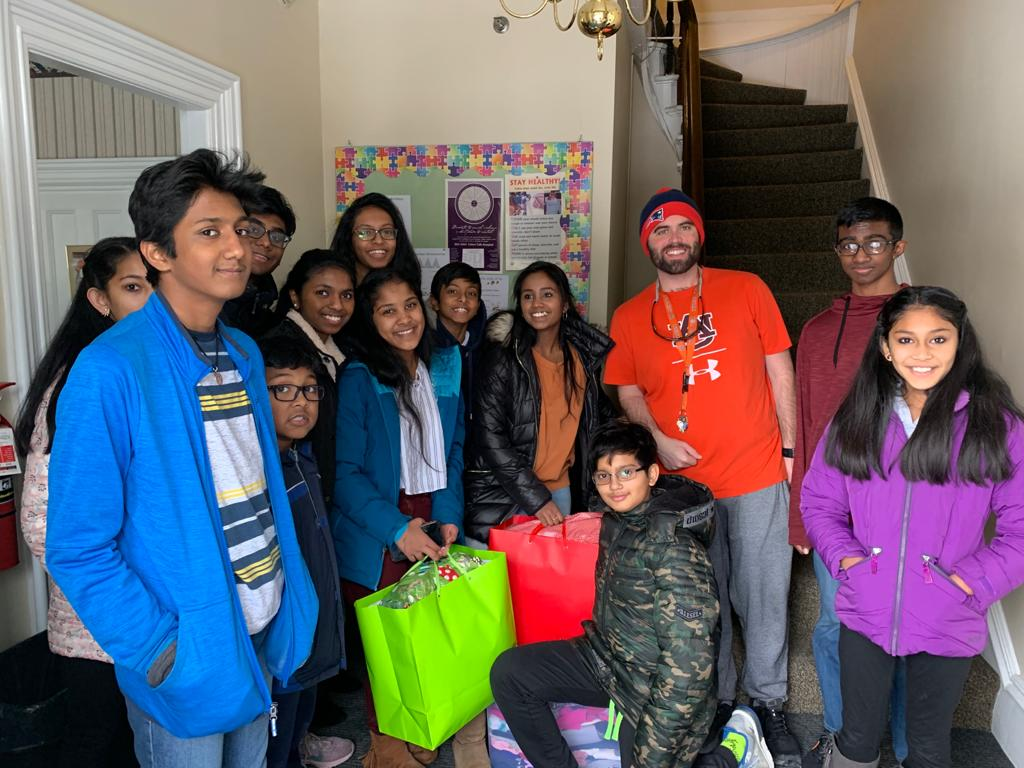 This holiday season, the TMM Youth Group volunteers worked with the Nashua Children’s Home and the Rescue Mission in Nashua. The Nashua Children’s Home provided the group with two kids to specifically buy gifts. Volunteers went around their neighborhoods and sent out flyers to ask their communities to provide money to buy gifts for the two children.

The two children had a wishlist of games, clothes, and accessories, which the youth group presented all of them on the 21st of December. Alongside, they collected money to make care packages for the homeless, which they worked with the Rescue mission. These care packages contained: Lotion, Advil, Toothbrushes, Toothpaste, Hand Warmers, Lip Balms, Bandaids, Socks, Hats, Gloves, Hot Chocolate Packets, Soaps, and Blankets. The group made 24 care packages and dropped it off at the Rescue Mission also on the 21st of December, 2019.

TMM Youth Group is a division of the 501(C) non-profit organization “Tamil Makkal Mandram”. The members of TMM Youth Group range from 6th graders all the way to Juniors in High School. TMM Youth Group has worked hard to bring events such as TMM Youth Olympics and this food drive to our communities. TMM is constantly looking out for opportunities to learn about and serve the communities.