The graduation ceremony not only honored the dedication and commitment of the students, teachers, parents, and volunteers of the organization but also highlighted the moral principles upheld by Gandhiji and taught at Shishu Bharati.

In a stark change from its original Sunday morning auditorium format, the graduation transformed into a Saturday night gala-style event with decorated sit-down tables for the guests and graduates, a unique backdrop for those presenting to the audience, and a delightful Indian dinner, finished with a celebratory cake.

The speakers emphasized the importance of gaining and gifting knowledge as well as Gandhiji’s championing principles of ahimsa and aparigraha. The Honorable Judge Sherring described how through learning about the hardships his father faced assimilating into American culture, he was inspired to help victims of civil rights violations and crimes. He instilled in the graduates the importance of ahimsa – love and compassion. Recognizing that the world faces many challenges, he encouraged students to use courage, compassion, independence, and conviction to make decisions that might not always be the most popular. He ended with an incredibly touching statement, noting, “Find your inner educator. Find your Shishu Bharati. If you can gift knowledge to a friend, do that.”

The alumni speaker Neil Tembulkar focused his talk on the importance of identity, describing how volunteering at Shishu Bharati helped him discover perspective. Even today, Neil credits his experiences volunteering in the Shishu Bharati community for showing him his passion for working with kids as he continued to do similar work in his previous and current jobs. Neil instilled in the graduates the importance of constantly learning, saying, “Identity is not a formula. That’s why you learn. You learn to form your own opinions of the world around you.” 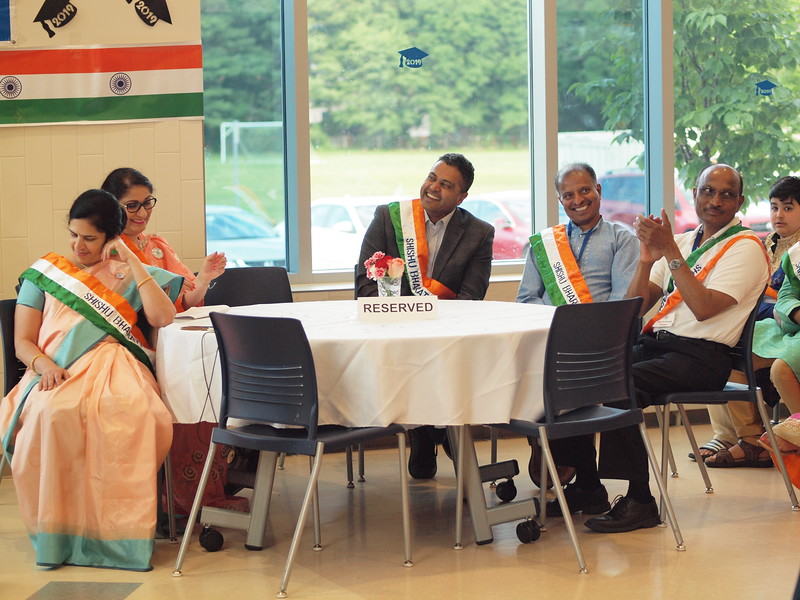 These speakers were followed by the selected student speakers – Anuva Agarwal, Rohan Badani, Akshaya Ravi, and Anwita Revoori. The students described the importance of aparigraha, or non-possessiveness. Hearing them speak about the importance of caring for others’ needs, disregarding greed, and fully giving back to the community, their commitment to serving as ambassadors for the values of Gandhi as well as role models for the next generation of students is eminently clear.

Graduates personally received a graduation plaque and gift during the diploma ceremony from the principal of their Shishu Bharati branch and their favorite teacher during their Shishu Bharati experience. As each graduate was called onto the stage, there was a distinct sense of happiness, pride, and achievement on the students’ faces and immense joy on their parents’ faces. 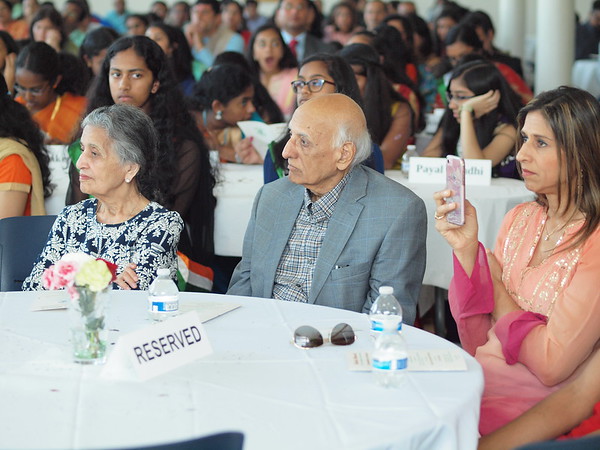 The principals of three schools concluded the ceremony by encouraging graduates to give back to Shishu Bharati as well as understand that this school will always be there, fueling their passion for learning.

On a more personal note, having the opportunity to walk around and talk to the graduates about their projects and their reflections of their time at Shishu Bharati, it is incredibly clear that the nature of family I felt at Shishu Bharati when I graduated five years ago continues to live on today.

To me, Shishu Bharati was always like my second family, and it was how I spent my Sundays for 13 years. While I always believed wholeheartedly in the benefits of a Shishu Bharati education, I loved hearing those same feelings from the next generation of Shishu Bharati alumni. Graduates expressed appreciation for the skills gained like time-management or public speaking, but more importantly, they cherished the bond they now have with their heritage, their family, their language, their classmates, and of course, the delicious cookies at snack time. With the growing student volunteer program at Shishu Bharati, with the added benefit of having the Presidential Volunteer Service Recognition, the graduates are more passionate than ever before to give back to this organization that has given them so much. As the President of Shishu Bharati Mr. Seshi Sompuram put it, “This is your school and now you have to help us.”

(Rithika Neti is currently a rising sophomore at the University of California Berkeley and a Shishu Bharati graduate in the class of 2014.)