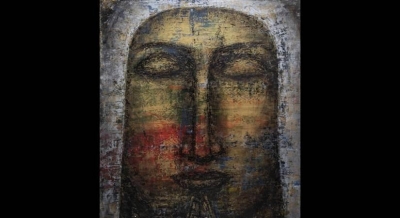 New Delhi– Actor Salman Khan will showcase his art in a first-ever solo show titled ‘Motherhood — An Artistic Ode to Mother Teresa’. The show also opens physically at Bengaluru’s gallery g from March 11-20, 2022. A total of three paintings will be displayed with two new additions titled ‘Still In Hope of Compassion’ and ‘Begging for Peace’.This is Salman’s first solo show in a commercial gallery, titled ‘Motherhood — An Artistic Ode to Mother Teresa’. From March 11-20, 2022, three paintings, including two new large-scale works by the artist, will be on display at Bengaluru’s gallery g.

Khan’s artworks will first be available online on Google Arts & Culture on March 4, 2022, in a unique hybrid format. Two of his paintings, titled ‘Still In Hope of Compassion’ and ‘Begging for Peace’, will be featured on the GAC digital platform. Salman’s work was first featured on Google Arts & Culture in February 2021, when the Sandeep & Gitanjali Maini Foundation (SGMF) established their institution’s digital presence on this internationally acclaimed platform.

“In 2021, only one painting by Salman Khan was on display on GAC. This year we have added two more paintings by him, each being extremely arresting and unique,” explains Gitanjali Maini, Founder of Sandeep & Gitanjali Maini Foundation. “We have a great relationship with AGP World in Mumbai and were delighted when they approached us to help find a global platform to display Salman Khan’s art. Working with AGP World and through them with Salman Khan, has been one of the biggest projects that our Foundation has undertaken.” (IANS)